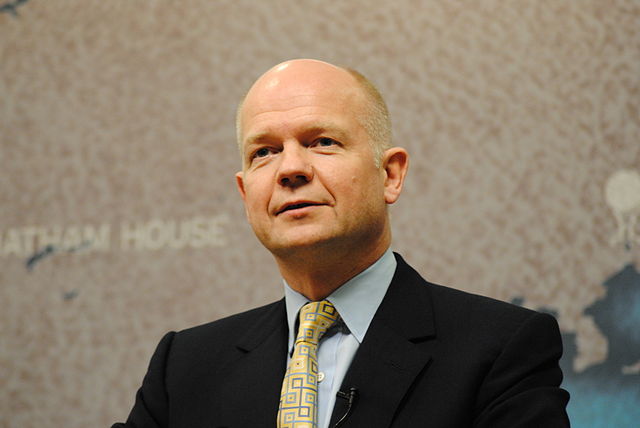 We all live under the protection of this global system of arms control, just as the Nuclear Non-Proliferation Treaty has spared us from the threat of nuclear holocaust, which blighted my parents’ generation. These rules and conventions are a largely invisible part of the global landscape and are undoubtedly in our national interest. The work of maintaining and upholding them is a constant struggle in international diplomacy, and the events in Syria have the power to undermine them fatally.

Over the past year we have seen evidence of the repeated small-scale use of chemical weapons by the Syrian regime. We know this from physiological samples that have been smuggled out of Syria and from other sources of information.

This amounts to extensive, continuous and escalating use of chemical weapons by a state against its own citizens. We have tried to deter the Syrian regime from continuing these attacks, by raising our concerns at the United Nations Security Council and passing direct messages through diplomatic channels, working with Russia. But last week’s large-scale attack shows the regime has simply ignored these warnings. . . .

To argue that the Syrian opposition carried out this attack is to suggest that they attacked their own supporters in an area they already controlled using weapons systems they do not possess. This opinion is shared by our allies and by countries in the region. Yesterday the Arab League passed a resolution stating that it holds Bashar al-Assad and the government in Damascus responsible. We cannot allow the use of chemical weapons in the 21st century to go unchallenged. That would send a signal to the Syrian regime that they will never face any consequences for their actions, no matter how barbarous. It would make further chemical attacks in Syria much more likely, and also increase the risk that these weapons could fall into the wrong hands in the future.

But this is not just about one country or one conflict. We cannot afford the weakening of the global prohibition against the use of chemical weapons. We must proceed in a careful and thoughtful way, but we cannot permit our own security to be undermined by the creeping normalisation of the use of weapons that the world has spent decades trying to control and eradicate.

This actual, repeated use of chemical weapons in Syria is a moral outrage, a serious violation of international humanitarian law and a challenge to our common security. We are now weighing with the United States and our other allies how to respond in a way that is legal and proportionate. The goal of any response should be to prevent further similar humanitarian distress, to deter the further use of chemical weapons in Syria and to uphold the global ban against their use. . . .

This is a moment of grave danger for the people of Syria, a moment of truth for democratic nations to live up to their values, and a weighty test of the international community. The way ahead will not be without risks, but the risks of doing nothing are greater.

William Hague is Foreign Secretary of the United Kingdom.