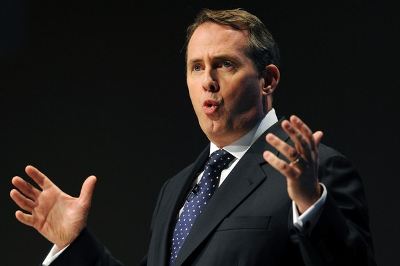 From Ben Hall, FT: Speaking after a meeting in Paris, Liam Fox, UK defence secretary, and Hervé Morin, his French counterpart, said they were discussing with “absolute pragmatism” the scope for closer co-operation or even mutualisation of military capabilities and industrial projects amid tight spending constraints.

Mr Fox said France was Britain’s “natural European partner” given its willingness to deploy military forces and invest in its capabilities.The need to work together had been given “urgency” by the prospect of budget cuts, Mr Fox said, but insisted it went beyond the need for cost-savings.

The two ministers said they both wanted to see “deep reform” of the Nato bureaucracy. “We cannot accept a bloated Nato organisation that is consuming far too much money for the output we are receiving,” Mr Fox said. “The fat needs to be trimmed away.”

Editor’s note:  The bold portion comes in the 13th paragraph of a story titled "France and UK seek closer military ties."   Talk about burying one’s lede:  I wouldn’t have even noticed the quote if Steve Hynd hadn’t brought it to my attention.