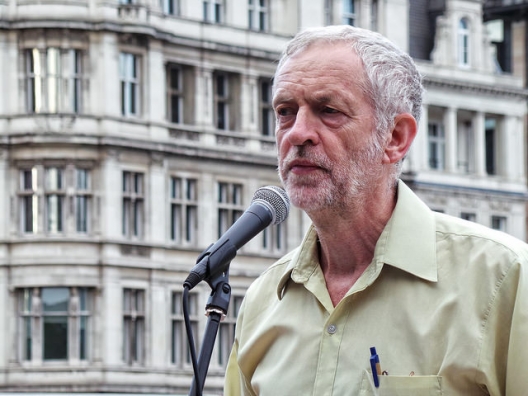 Jeremy Corbyn has become the latest politician to cast doubt on the future of Nato, in a move that critics say could embolden Russia in its approach to eastern Europe.

The Labour leader told a party audience on Thursday that he “would want to avoid us getting involved militarily” if another Nato member were attacked, and that Britain should “not isolate any country in Europe”.

Mr Corbyn’s comments mean that key opposition politicians in at least six of Nato’s biggest contributing countries have recently questioned the principle of collective defence, the legal commitment at the heart of the organisation….

George Robertson, the Labour peer and former Nato secretary general, said that Mr Corbyn’s stance “beggars belief”. “Even in its darkest, daftest days in the past, the Labour party stuck to its commitment to Nato and to its defence of any Nato country attacked from outside,” he added….

Last month Donald Trump, the US presidential contender, said the country could refuse to come to the aid of a Nato member that had not met its commitment to spending 2 per cent of GDP on defence.

Although he later moderated his position, his willingness to question Nato’s role echoes the attitude of populist parties across Europe.

France’s Marine Le Pen and Italy’s Beppe Grillo have called for withdrawal from Nato, and AfD, Germany’s rightwing insurgent party, has said its country’s troops should play a purely defensive role, suggesting they should not be required to act outside their own borders. Spanish populist party Podemos has called for “greater autonomy” for Spain and Europe inside Nato.