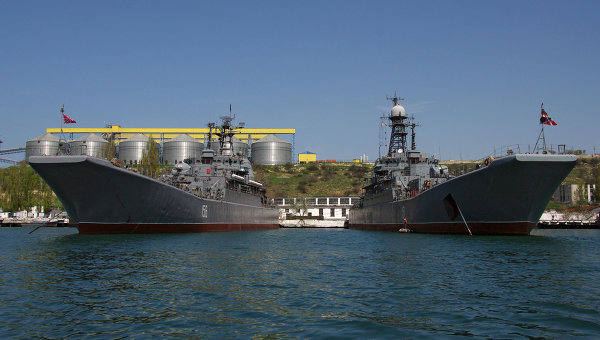 From RIA Novosti:  The Russian and Ukrainian finance ministries will draw up a draft agreement within two months on the extension terms of the lease of the Sevastopol port to Russia, Russian Finance Minister Alexei Kudrin said on Tuesday.

Ukrainian President Viktor Yanukovych and his Russian counterpart Dmitry Medvedev signed an agreement to extend the lease of the Russian Black Sea Fleet’s home base, due to expire in 2017, for at least 25 years in exchange for a 30 percent discount for Russian gas during a meeting in Ukraine in April, 2010.

"We should establish the gas discount as a source of payment for the lease of the Black Sea Fleet’s base in Sevastopol after 2017," Kudrin told journalists after a meeting with his Ukrainian counterpart Fyodor Yaroshenko.  (photo: RIA Novosti)