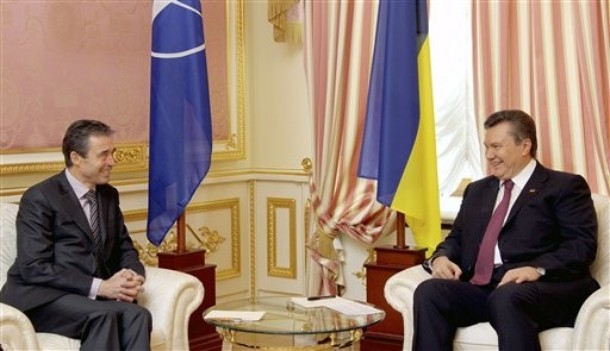 From Interfax-Ukraine:  Ukraine is interested in joining the building of a common missile defense system with NATO, Anatoly Hrytsenko said, the head of the Ukrainian parliamentary committee on national security and defense.

"We are interested in participating in the building of a joint missile defense system and developing our technologies and creating new jobs through this. In my view, we have more reasons for direct cooperation [with NATO] than many of the two scores of Euro-Atlantic partners," Hrytsenko told journalists following a meeting between a group of Ukrainian parliamentarians and NATO Secretary-General Anders Fogh Rasmussen in Kyiv on Thursday.

The building of a common European missile defense system was discussed in detail at the meeting, he said.  (photo: AP)