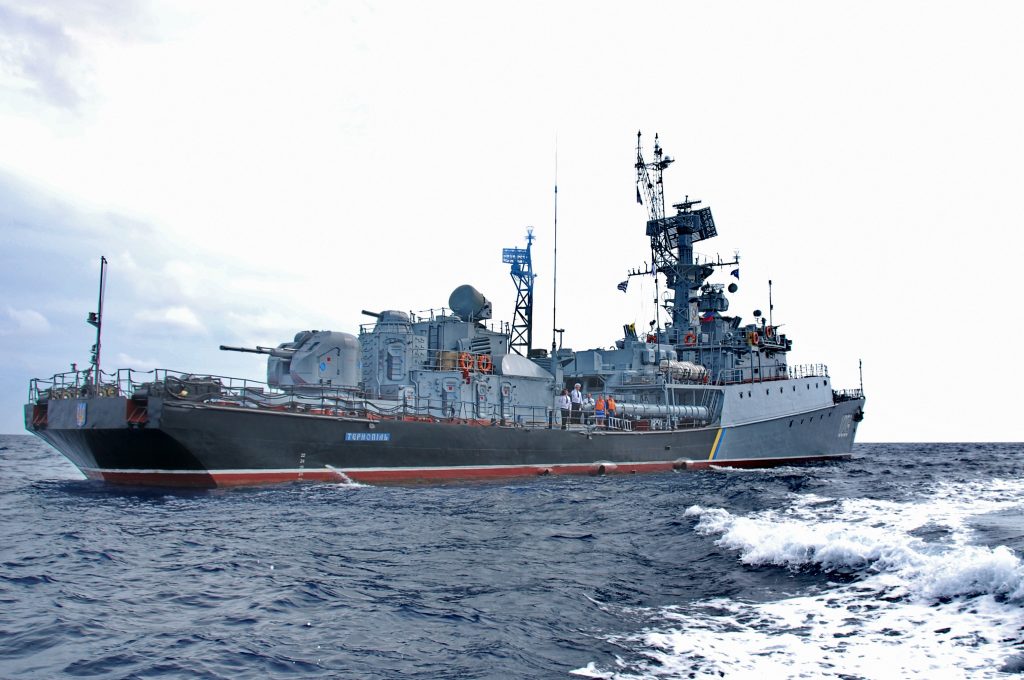 From NATO:  This week, Ukraine sent a warship to the Mediterranean to assist NATO’s Operation Active Endeavour, which aims to detect and deter terrorist activity in the region. The ship’s crew will participate in surge operations, helping to monitor civilian shipping, collecting and analysing information on suspicious vessels and accompanying ships carrying important cargo if required.

The corvette “Ternopil” is joining the Standing NATO Maritime Group 2 (SNMG2), whose ships are moving eastwards following intensive operations in the Western and Central Mediterranean. Along with submarine and air surveillance, SNMG2 will track shipping activity from the Greek island of Crete to the far-eastern reaches of the Mediterranean Sea. …

“Our operations are a lot about networking now,” says Italian naval Commander Alfonso Citarella, Chief of the Maritime Operations Centre (MOC) at NATO’s Maritime Command in Naples, Italy. “It’s an increasingly useful way to get the big picture of a very busy shipping area.” The MOC receives and analyses more than 5000 shipping tracks a day.

After Russia, Ukraine is the second NATO partner country to assist Active Endeavour and it is the sixth time that a Ukrainian ship has joined Operation Active Endeavour.  (photo: NATO)