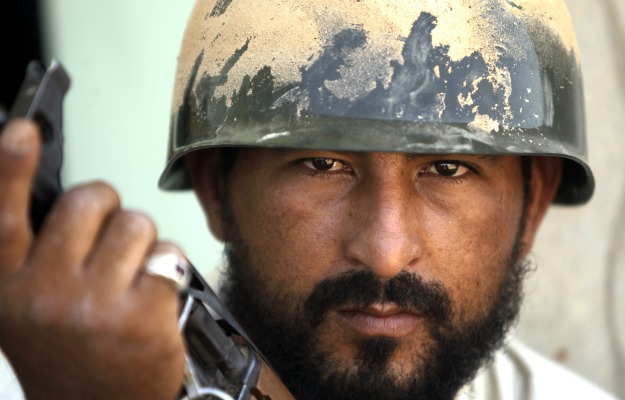 From Colum Lynch, Turtle Bay:  A U.N. panel set up last year to enforce an arms embargo in Libya has opened an inquiry into allegations that France and Qatar armed Libyan rebels involved in the overthrow of Col. Muammar al-Qaddafi‘s government, according to confidential report by the panel.

The eight-member panel has made no ruling on whether the allies of the rebel Libyan government violated sanctions — and it remains unclear whether the panel will in the future — given that France and other allies in the Security Council can exercise considerable authority over the panel.

Still, the report sheds new light on how the anti-Qaddafi opposition was able to transform a collection of militias and tribal leaders into a fighting force capable of defeating the government’s superior military forces. And it includes acknowledgments by France and Qatar that they supplied military advisers to the insurgents to help prevent government attacks on civilians. . . .

The U.N. Security Council imposed an arms embargo, travel ban, and asset freeze on Libya on Feb. 26, 2011, in an effort to prevent Qaddafi from importing weapons to help him crush the popular uprising that ultimately led to his fall from power. They established a panel to enforce the sanctions.

On March 17, the Security Council, acting at the request of the United States, amended the embargo to permit some unspecified military support, providing flexibility to NATO forces enforcing a no-fly zone over Libya.

The role of foreign militaries in supporting the insurgents on the ground was an open secret during the conflict, but the legal basis for arming them was hotly debated.

At the time, the Security Council was sharply divided over whether the exemption applied to shipments of arms to the rebels. The United States and France argued that such shipments were permitted, particularly in instances where the weapons could be used to defend civilians from a government attack. But several other council members, including Brazil, China, India, South Africa, and Portugal — which chairs the committee — believed that it was not. Even Britain’s Prime Minister David Cameron, a strong supporter of the Libyan intervention, questioned the legality of arming the rebels. . . .

On June 30, 2011, France informed the U.N. secretary general that it had "airdropped self-defense weapons for the civilian population that had been victims of attacks by Libyan armed forces," according to the panel. "In the absence of any other operational means of protecting these populations under threat."

On July 20, the panel asked France to provide them with "detailed information" on the arms drops, including "the exact types and quantities of weapons, serial/lot numbers, marking details of the different items and the dates and location(s) of the deliveries." According to the report, France provided some details, including the period and location of the airdrops, as well as "a list of humanitarian and military materiel." They asked the panel to keep the information confidential.  (photo: Joseph Eid/AFP/Getty)