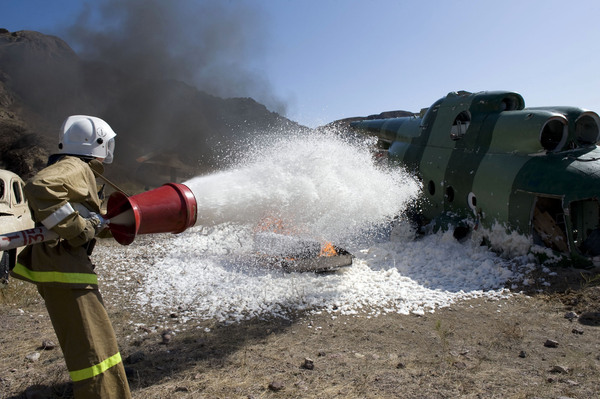 From NATO:  The Euro-Atlantic Disaster Response Coordination Centre (EADRCC) will conduct the consequence management field exercise “Armenia 2010” from 11 to 17 September 2010 in the city of Arzni, in the Kotayk region next to Yerevan in Armenia.

Teams from 15 Euro-Atlantic Partnership Council (EAPC) and Mediterranean Dialogue (MD) nations are planned to take part in the exercise and 11 additional countries are scheduled to participate by sending staff officers. …

The scenario for the exercise will be a severe earthquake in the vicinity of Yerevan, resulting in high numbers of victims and widespread damage to critical infrastructure, including chemical spills and a radiological incident. …

The exercise will consist of the following phases:

11-13 September 2010: Organisation of on-site Operations, reception of teams, training for participants and a Command Post Exercise.

The exercise “ARMENIA 2010” is an Armenian contribution to the Partnership for Peace (PfP) Work Programme for 2010. Since 2000, this is the twelfth field exercise conducted by the EADRCC.  (graphic: NATO)