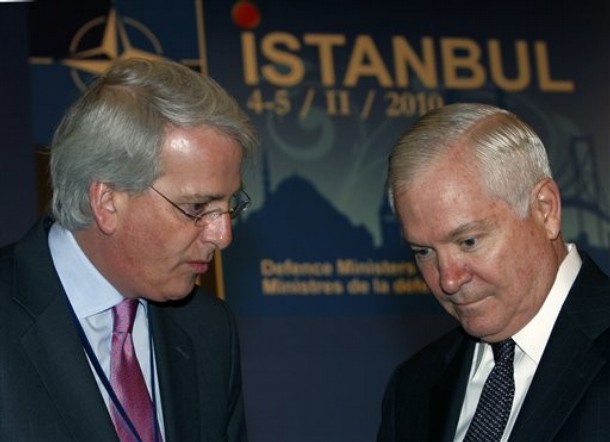 From the Voice of America:  VOA: "How has NATO’s participation in the Afghan war changed the organization, or has it?"

Amb. Daalder: "This used to be an organization that was ready to react to an event that might occur, an attack on its territory. Now, this is an organization that is engaged in military operations almost as a matter of course. We have been involved since 1995 in various operations, first in the Balkans, and in the last six years, in Afghanistan. So there is a tempo and an activity that has changed this organization from a reactive… organization to a pro-active organization, building security. What we now need to see is a greater degree of reform to make it even more agile, more flexible, more pro-active than it has been in the past. And more capable of operating over great distances.  After all, NATO today is operating the largest operation in its history five thousand kilometers from the headquarters in Brussels. That is an extraordinary distance to have 140,000 troops or so on the ground conducting military operations."

VOA:  "There is going to be the upcoming summit in Lisbon and there will be discussions  to look at NATO’s new strategic concept. What are some of the ways you think the organization should change?"

Excerpt from a Voice of America interview with Ivo Daalder, the U.S. Ambassador to NATO.  (photo: AP) (via newshoggers.com)