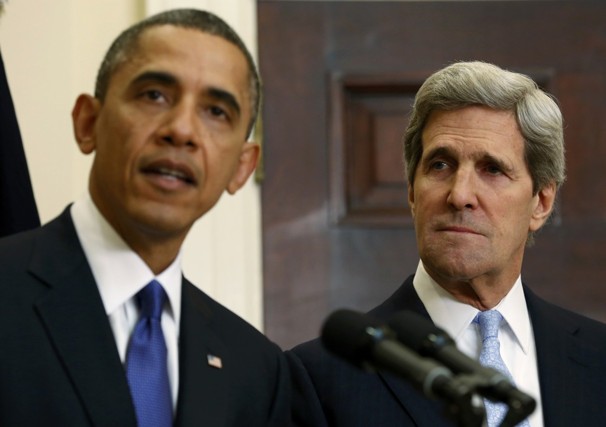 From Michele Dunne and Barry Pavel,  Atlantic:  U.S. strategy for the Middle East in Mr. Obama’s second term should be organized around two strategic imperatives: containing new and old threats to U.S. interests, and embracing the opportunities inherent in the calls for dignity (citizenship, rights, and economic opportunity) that emerged in the Arab uprisings. Containing threats must focus first and foremost on preparing for the coming Middle East cold war with Iran, whose acquisition of a nuclear weapons capability is but a few years away. The United States should continue to work to prevent such an outcome, but unfortunately Iran’s use of North Korean negotiating tactics looks likely to succeed. As the consequences of a U.S. military campaign would be even more dangerous than facing a world with a nuclear Iran, the United States should work assiduously and expeditiously with its NATO and Gulf allies to develop a supporting military posture to contain a nuclear Iran until Iran’s own demographic trends change the hostile nature of the regime.

The United States also should do much more to enable a Syrian rebel victory, which would do more damage to Iran’s influence than almost any other set of actions. The United States has clear, strategic interests in Syria and the capability to make a difference, by channeling assistance to carefully chosen rebel groups, and using limited airpower to turn the tide in the rebels’ favor. The opportunity costs of continuing to watch and not act — for example, a post-Assad regime that is hostile to the United States — argue strongly for a greater U.S. leadership role.

The same can be said for dealing with new threats from al-Qaeda affiliates across the region, as the Mali conflict has demonstrated. To prevent the emergence of future safe havens for terrorist groups, the United States should work more closely with its regional and European allies to strengthen governance capacity in ungoverned areas.

The Arab awakening also provides enormous opportunities to advance US interests by embracing the dignity agenda. Although the United States will not determine the outcomes of these movements, there is much it can do to influence their paths. The United States could lead the international community, for example, in organizing assistance to Egypt conditioned on respect for human rights and inclusive democratic processes, as well as responsible foreign and economic policies. The United States could get ahead of the next wave of Arab revolutions by deepening relations across the region with those calling for constructive change, while also discriminating between actors with narrow, extremist plans and those who share the values of the dignity agenda.