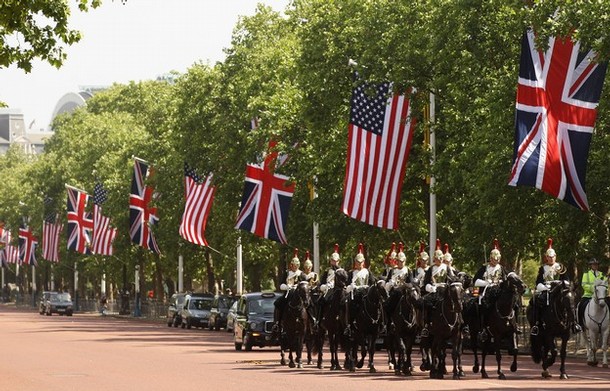 From Julie Pace, the AP:  President Barack Obama will announce the formation of a new joint U.S.-British national security council when he visits London this week.

The White House said the National Security Strategy Board would allow the two countries to work more closely together and share intelligence on long-term security challenges, particularly in the Middle East and Afghanistan. Obama’s national security adviser, Tom Donilon, and his British counterpart, Peter Ricketts, will head the group, which is expected to meet every few months.

The announcement of the new initiative comes as Obama begins a six-day swing through Europe, aimed in part at reassuring traditional U.S. allies that they still have a central role in American foreign policy. . . .

Obama aides said the joint board would give the U.S. and Britain a forum to focus on strategy for dealing with long-term security issues, not just immediate concerns.  (photo: Getty)