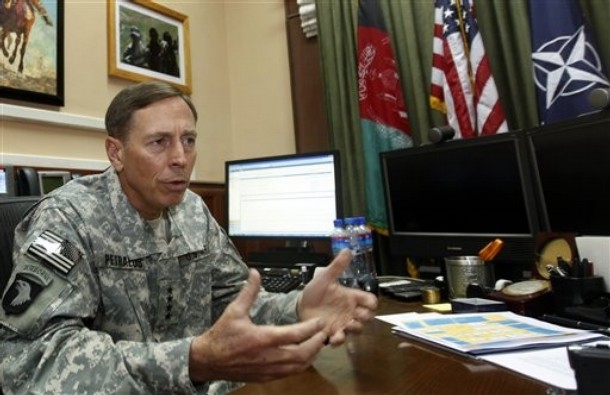 From Phil Stewart, Reuters:  The United States will start preliminary talks with its allies in Afghanistan soon on next year’s planned "transition," expected to include withdrawal of some U.S. forces, the top NATO commander in the country said on Thursday.

General David Petraeus said he would discuss in mid-September an initial assessment with allies based on input from low-level military commanders and their Afghan counterparts. This would be continuously updated in the run-up to a NATO summit in Lisbon in November. …

"Middle of the month, we’ll discuss our first, our very initial assessment for the prospects of transition," Petraeus told reporters in Kabul.

"That’s what we’ll be refining between now and the Lisbon summit. And what we’ll try to do is provide a measured projection of what will likely be possible in terms of transition in the new year."

From Julian E. Barnes, the Wall Street Journal:  In most cases the allied military command will hand over responsibility for districts, rather than larger provinces, Gen. Petraeus said. In addition while some units from areas where control is handed over may be sent home, others will be redeployed to other trouble spots.