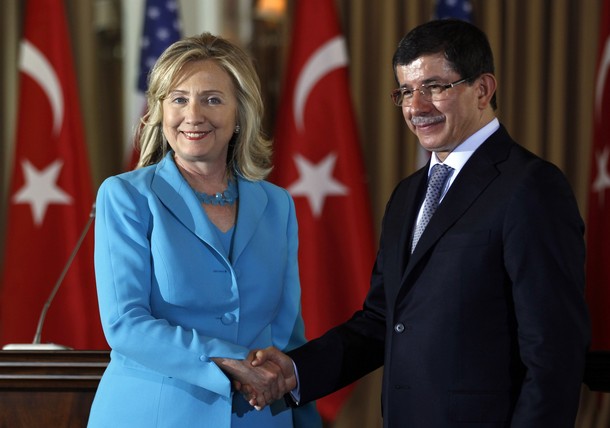 From Elise Labott, CNN Security Clearance:  With the Syria deal in jeopardy and questions as to whether Syria will truly cease its military operations , particularly after Syrian troops fired across the border into Turkey, discussions within the Obama administration about creating a Syria-Turkey border "buffer zone" have intensified, State Department officials tell CNN.

"It would be correct to say this idea is getting another look in the last week or so," one official said about the buffer zone.

In a statement issued Monday, Turkey’s Foreign Ministry said “Syrian citizens who took refuge in our country from the brutality of the current regime in Syria are under Turkey’s full protection. We will certainly take necessary measures if such incidents reoccur."

U.S. Secretary of State Hillary Clinton spoke about a possible buffer zone with Turkish Foreign Minister Ahmet Davutoglu on Monday during a phone conversation about the crisis, officials said.