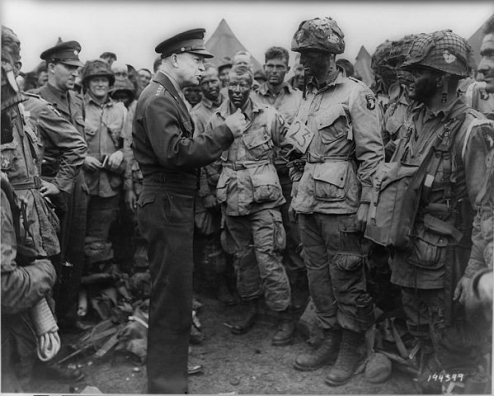 The legendary Pathfinders have taken their final jump and the Red Devils aren’t too far behind.

The two paratrooper units — formally known as the 5th Battalion, 101st Combat Aviation Brigade of the 101st Airborne Division and the 508th Infantry Regiment — are closing out long histories as a result of the U.S. Army’s reconfiguration and budget cutting. Among the changes being made is a reduction in the number of parachute positions across the service.

“You have to make the best use of resources across the Army to make sure we’re using tax dollars as best we can,” said Jim Hinnant, a former 1st lieutenant and paratrooper with the 82nd Airborne at Fort Bragg and spokesman for U.S. Army Forces Command.

The military is capping parachute positions at 49,000 as part of the 2012 Defense Strategic Guidance, a plan detailing the development of military forces through 2020. The plan calls for some units, including paratrooper units, to change their focus.

Lt. Col. Don Peters, the team chief for Operations, Intelligence and Logistics with Army Public Affairs, told The Associated Press the reductions are being made in part because of reduced budgets and to reach the mandated maximum number of paratrooper slots 49,000. Peters said 24 units accounting for 2,600 soldiers across the country were removed from jump status. That includes 12 units with the 18th Airborne Corps and the 82nd Airborne at Fort Bragg, N.C., and the Company F (Pathfinder), 4th Battalion, 101st Aviation Regiment, 159th Aviation Brigade at Fort Campbell, Ky. . . .

The cutbacks have some airborne alumni worried about the future of paratroopers at various posts. Kenneth “Rock” Merritt, a retired command master sergeant major with the 18th Airborne Corps at Fort Bragg, N.C., said the military’s focus on special forces could be detrimental to units such as the one he served with until retiring in 1977.