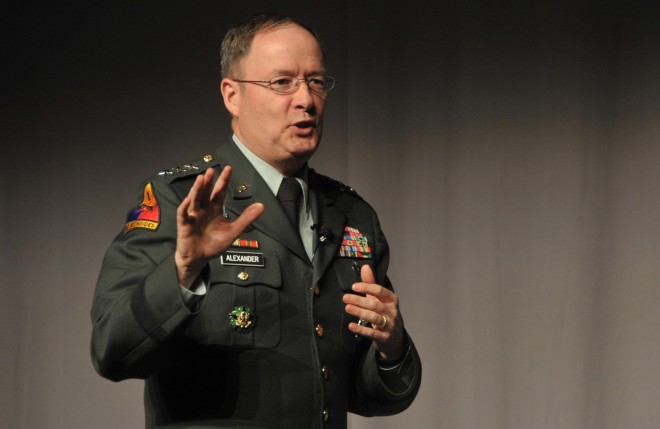 From Amaani Lyle,  American Forces Press Service :  Analyzing and solving the challenge of cybersecurity is critical to the global economy, the National Security Agency director said during the U.S. Chamber of Commerce Cybersecurity Summit here today.

U.S. Army Gen. Keith Alexander, who also heads U.S. Cyber Command and the Central Security Service, discussed the costs and consequences of cybersecurity issues on commerce during his keynote address at the summit.

Well-known, seemingly invulnerable companies such as Symantec, L3, Sony, Google, Visa and even the U.S. Chamber of Commerce itself have been hacked, Alexander said, noting that even the military and government agencies have fallen prey to hackers.

Industry partnership with government agencies such as the Defense Department, Department of Homeland Security, and Federal Bureau of Investigation to counter threats will be a critical component of fortifying cybersecurity, Alexander said, noting that U.S. should develop the solution.

“Our country … built this Internet and all the stuff that goes with it, and it is absolutely superb,” Alexander said. “We’re the nation that developed the Internet; we ought to be the first to secure it.” (photo: cybercomnsa)