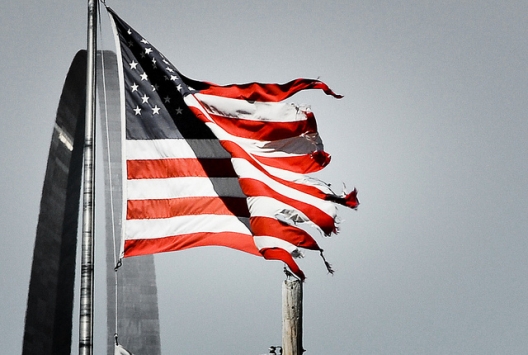 The United States has sought to disengage from Iraq and Afghanistan, placing more emphasis on when our troops would come home than on how we would protect our national interests as those wars end. . . .

[D]isengagement is misguided and dangerous, for a simple reason: the world will not permit America to retreat significantly from its global leadership role without very real and substantial costs. At issue is the kind of world in which we wish to live and the global environment that will allow American prosperity, security and ideals to flourish. To secure America—the homeland and the political and economic values that make the United States so attractive—America must continue to undergird the rules-based international order that has served it so well in the seven decades since World War II.

That order has provided an environment in which the United States and many other nations have achieved unprecedented economic growth, the virtual eradication of great-power war, and the expansion of individual freedoms. Yet this order is not self-reinforcing. It depends on power—in today’s world, American and allied power—to bolster it and enforce its rules. Unlike after World War II, when Great Britain could step back from its traditional role of providing global public goods and allow the United States to step forward, today there is no attractive alternative to American leadership. The countries that share American values frequently lack the resources and political will to lead from the front; the nations that do possess them—like China and Russia—seem more interested in rewriting the rules of international order in self-serving ways rather than reinforcing those that exist.

The hard truth is that international security abhors a vacuum. If the United States is seen as abandoning its role as the primary supporter of international order, other powers—or the forces of chaos—will fill the gap. The price will be exacted in precisely those benefits—prosperity, security and freedom—that the order was designed to enhance.

Yet here lies a significant political challenge. The costs of engagement—in lives and dollars spent, a focus on global affairs, rather than domestic ones, energy and bandwidth devoted to seemingly intractable foreign problems—are clear and visceral. But the costs of disengagement are difficult, and perhaps impossible, to quantify before they are incurred. History, geography and contemporary reality all suggest that, however great the American desire to draw back from the world might be, we would pay a significant price for doing so in this increasingly interdependent world—from slowing our economic growth, to increasing our vulnerability to emerging threats to reducing our ability to shape the behavior of those whose actions directly impact our well-being.

The positive argument for American global leadership—the benefits of a rules-based international order upheld by U.S. power—is complicated and filled with counterfactuals. It is not nearly as compelling as the specters of communism and terrorism in animating American activism. Political leaders who are committed to such a vision will, therefore, need to draw clear connections to more domestic concerns—its impacts on job creation, energy flows, prices and wages and homeland security. . . .

Protecting our security, freedom and economic dynamism in a tumultuous world requires the United States to stay engaged. U.S. global leadership may not be politically popular today. But it has hardly been more essential.