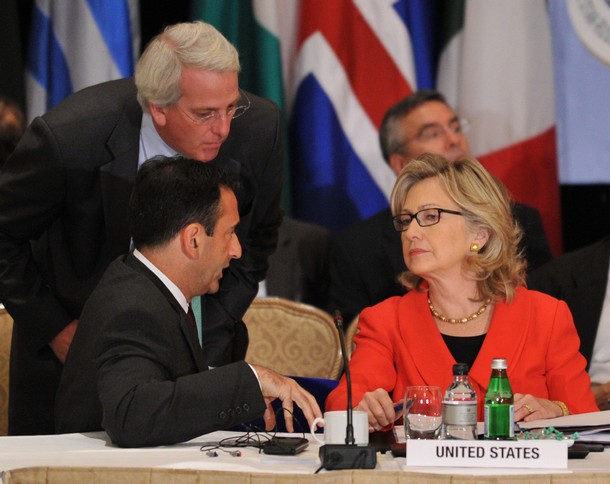 U.S. NATO Ambassador Ivo Daalder said that Wednesday’s foreign ministers session with Russian counterpart Sergey Lavrov will lay the groundwork for the November summit of the 28 NATO members and Russia in Lisbon, Portugal. Medvedev was invited earlier this month.

"I hope what we get out of this is that everyone will leave with an understanding that there is a good basis for trying to achieve some significant breakthroughs by the time we are able to get together at the leaders’ level in November," Daalder told journalists. …

Moscow is also training hundreds of Afghan and Central Asian drug agents. it is currently considering a NATO request to equip the nascent Afghan air force with transport and gunship helicopters, and to train their pilots and mechanics.

"Russia has no interest in seeing us fail in Afghanistan, it has every interest that Afghanistan is not a source of instability," Daalder said. "In that sense we are working together in seeing how we can transform those shared interests into (more cooperation)."  (photo: Getty)