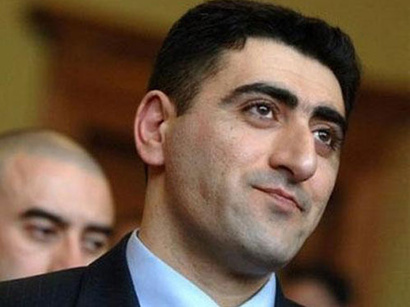 From the White House:  President Obama is deeply concerned by today’s announcement that the President of Azerbaijan has pardoned Ramil Safarov following his return from Hungary.  Safarov confessed to the murder of Armenian Army officer Gurgen Margaryan in Budapest in 2004, and was serving a life sentence in Hungary for this brutal crime.  We are communicating to Azerbaijani authorities our disappointment about the decision to pardon Safarov.  This action is contrary to ongoing efforts to reduce regional tensions and promote reconciliation. The United States is also requesting an explanation from Hungary regarding its decision to transfer Safarov to Azerbaijan.

From the Department of State:  The United States is extremely troubled by the news that the President of Azerbaijan pardoned Azerbaijani army officer Ramil Safarov, who returned to Baku today following his transfer from Hungary. Mr. Safarov had been serving a life sentence in a Hungarian jail for murdering Armenian officer Gurgen Margaryan during a 2004 NATO training event in Budapest.

We are expressing our deep concern to Azerbaijan regarding this action and seeking an explanation. We are also seeking further details from Hungary regarding the decision to transfer Mr. Safarov to Azerbaijan.

We condemn any action that fuels regional tensions.