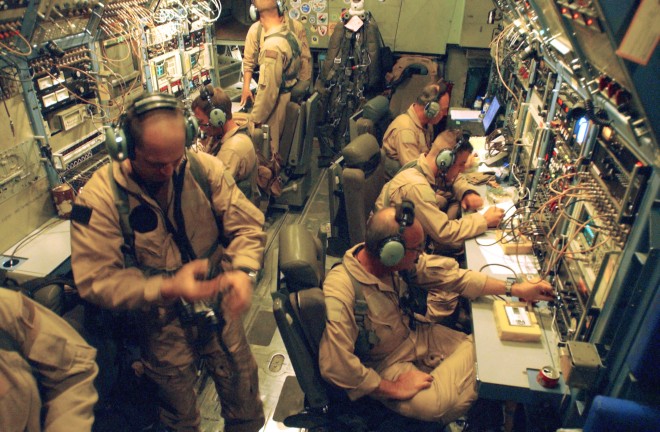 From Spencer Ackerman, the Danger Room:  When Hosni Mubarak shut down Egypt’s internet and cellphone communications, it seemed that all U.S. officials could do was ask him politely to change his mind. But the American military does have a second set of options, if it ever wants to force connectivity on a country against its ruler’s wishes.

There’s just one wrinkle. “It could be considered an act of war,” says John Arquilla, a leading military futurist.

The U.S. military has no shortage of devices — many of them classified — that could restore connectivity to a restive populace cut off from the outside world by its rulers. It’s an attractive option for policymakers who want an option for future Egypts, between doing nothing and sending in the Marines. And it might give teeth to the Obama administration’s demand that foreign governments consider internet access an inviolable human right.

Arquilla, a professor at the Naval Postgraduate School, spent years urging the military to logic-bomb adversary websites, disrupt hostile online presences, and even cause communications blackouts to separate warring factions before they go nuclear. What the military can turn off, he says, it can also turn on — or at least fill dead airspace.

Consider the Commando Solo, the Air Force’s airborne broadcasting center. A revamped cargo plane, the Commando Solo beams out psychological operations in AM and FM for radio, and UHF and VHF for TV. Arquilla doesn’t want to go into detail how the classified plane could get a denied internet up and running again, but if it flies over a bandwidth-denied area, suddenly your Wi-Fi bars will go back up to full strength.  (photo: Wikimedia/Danger Room)