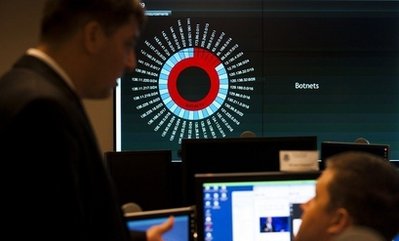 From AFP:  US intelligence is to open an office in the Estonian capital Tallinn to help boost the fight against cyber-crime, the US embassy in the Baltic state announced Wednesday.

"Estonia was selected as the site for the new secret service office due to both the investigative nexus it provides in combating cyber and financial crimes, as well as the opportunity it provides the agency in the fulfillment of its protective duties within the region," embassy spokesman James Land told AFP.

The office, due to be opened Friday, will have a staff of four.

"Tallinn will also serve as a prime location from which to engage counterparts in Russia and throughout the Nordic region," Land added.  (photo: Jim Watson/AFP)