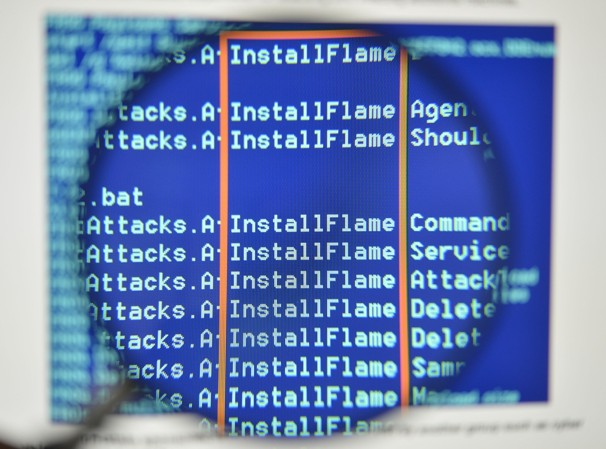 From Ellen Nakashima, Greg Miller, and Julie Tate, the Washington Post:  The United States and Israel jointly developed a sophisticated computer virus nicknamed Flame that collected intelligence in preparation for cyber-sabotage aimed at slowing Iran’s ability to develop a nuclear weapon , according to Western officials with knowledge of the effort.

The massive piece of malware secretly mapped and monitored Iran’s computer networks, sending back a steady stream of intelligence to prepare for a cyber­warfare campaign, according to the officials. . . .

The emerging details about Flame provide new clues to what is thought to be the first sustained campaign of cyber-sabotage against an adversary of the United States.

“This is about preparing the battlefield for another type of covert action,” said one former high-ranking U.S. intelligence official, who added that Flame and Stuxnet were elements of a broader assault that continues today. “Cyber-collection against the Iranian program is way further down the road than this.”

Flame came to light last month after Iran detected a series of cyberattacks on its oil industry. The disruption was directed by Israel in a unilateral operation that apparently caught its American partners off guard, according to several U.S. and Western officials who spoke on the condition of anonymity.

There has been speculation that Washington had a role in developing Flame, but the collaboration on the virus between the United States and Israel has not been previously confirmed. Commercial security researchers reported last week that Flame contained some of the same code as Stuxnet. Experts described the overlap as DNA-like evidence that the two sets of malware were parallel projects run by the same entity. . . .

The virus is among the most sophisticated and subversive pieces of malware to be exposed to date. Experts said the program was designed to replicate across even highly secure networks, then control everyday computer functions to send secrets back to its creators. The code could activate computer microphones and cameras, log keyboard strokes, take screen shots, extract geo­location data from images, and send and receive commands and data through Bluetooth wireless technology.

Flame was designed to do all this while masquerading as a routine Microsoft software update; it evaded detection for several years by using a sophisticated program to crack an encryption algorithm.

Flame was developed at least five years ago as part of a classified effort code-named Olympic Games, according to officials familiar with U.S. cyber-operations and experts who have scrutinized its code. The U.S.-Israeli collaboration was intended to slow Iran’s nuclear program, reduce the pressure for a conventional military attack and extend the timetable for diplomacy and sanctions. . . .

To develop these tools, the United States relies on two of its elite spy agencies. The NSA, known mainly for its electronic eavesdropping and code-breaking capabilities, has extensive expertise in developing malicious code that can be aimed at U.S. adversaries, including Iran. The CIA lacks the NSA’s sophistication in building malware but is deeply involved in the cyber-campaign.

The CIA’s Information Operations Center is second only to the agency’s Counterterrorism Center in size. The IOC, as it is known, performs an array of espionage functions, including extracting data from laptops seized in counter­terrorism raids. But the center specializes in computer penetrations that require closer contact with the target, such as using spies or unwitting contractors to spread a contagion via a thumb drive.

Both agencies analyze the intelligence obtained through malware such as Flame and have continued to develop new weapons even as recent attacks have been exposed. . . .

“It is far more difficult to penetrate a network, learn about it, reside on it forever and extract information from it without being detected than it is to go in and stomp around inside the network causing damage,” said Michael V. Hayden, a former NSA director and CIA director who left office in 2009. He declined to discuss any operations he was involved with during his time in government.  (graphic: Sebastian Widmann / DAPD)