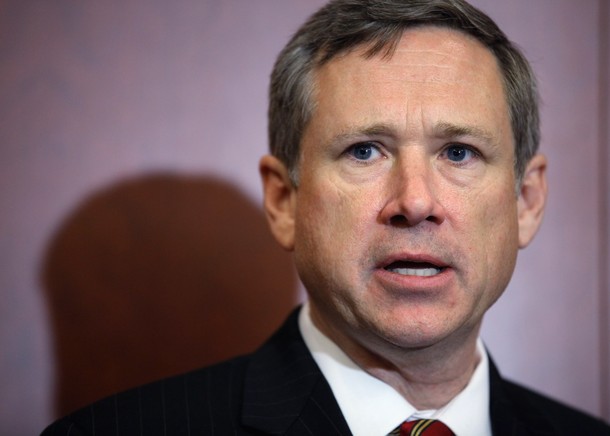 From Marcin Sobczyk, the Wall Street Journal:  The U.S. will likely keep its commitment to place missile interceptors in Poland to counter a military threat from Iran regardless of any opposition from Russia and despite defense cutbacks, a U.S. senator said Thursday.

U.S. President Barack Obama in 2009 scrapped the missile-defense plan drafted by his predecessor, George W. Bush, under which Poland would host a base near its border with the Russian exclave of Kaliningrad. The U.S. later proposed a new system envisaging 24 interceptors in Poland at the same location.

“Indications are that despite defense cutbacks, we’re going to maintain the commitment to build the Polish missile-defense system, and that is because the threat from Iran is growing, it’s clear that Iran’s nuclear programs are accelerating,” Illinois Republican Senator Mark Kirk told reporters in Warsaw.

“My hope is that we stay on schedule for a 2018 full operational capability of 24 interceptors at Redzikowo to defend NATO and the United States,” he added. “The Russians have been pretty hostile to missile defense. They say that in some way this threatens their nuclear deterrents, but we’re going to build only 24 interceptors in Poland and last I checked Russia has more than 24 nuclear weapons. … We need to defend a free, sovereign and independent Poland regardless of what Russia thinks.”

Abandoning the missile-shield project in 2009 had irked Polish officials, who saw the move as part of Mr. Obama’s effort to improve relations with Russia while ignoring Poland’s strategic defense choices. . . .

The revival of the Polish missile-defense site plan provoked a Russian response last year, including from President Dmitry Medvedev, who in November 2011 threatened to deploy ballistic missiles to Kaliningrad if the U.S. proceeded with its plan.  (photo: Getty)