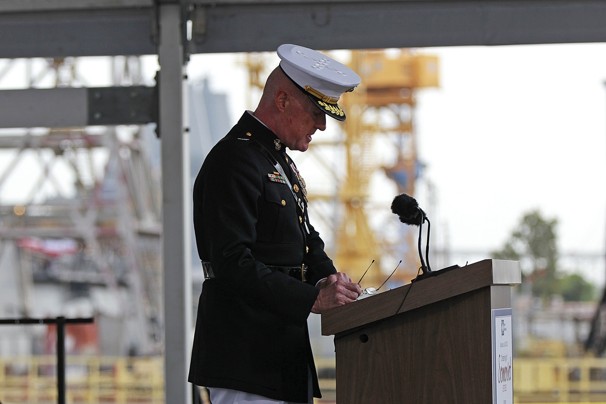 From Raphael Satter, the AP:  The U.S. military has been launching cyberattacks against its opponents in Afghanistan, a senior officer says, making an unusually explicit acknowledgment of the oft-hidden world of electronic warfare.

Marine Lt. Gen. Richard P. Mills’ comments came last week at a conference in Baltimore during which he explained how U.S. commanders considered cyber weapons an important part of their arsenal.

“I can tell you that as a commander in Afghanistan in the year 2010, I was able to use my cyber operations against my adversary with great impact,” Mills said. “I was able to get inside his nets, infect his command-and-control, and in fact defend myself against his almost constant incursions to get inside my wire, to affect my operations.”

Mills, now a deputy commandant with the Marine Corps, was in charge of international forces in southwestern Afghanistan between 2010 and 2011, according to his official biography. He didn’t go into any further detail as to the nature or scope of his forces’ attacks, but experts said that such a public admission that they were being carried out was itself striking. . . .

The Pentagon did not immediately respond to an email seeking comment on Mills’ speech.

U.S. defense planners have spent the past few years wondering aloud about how and under what circumstances the Pentagon would launch a cyberattack against its enemies, but it’s only recently become apparent that a sophisticated program of U.S.-backed cyberattacks is already under way.