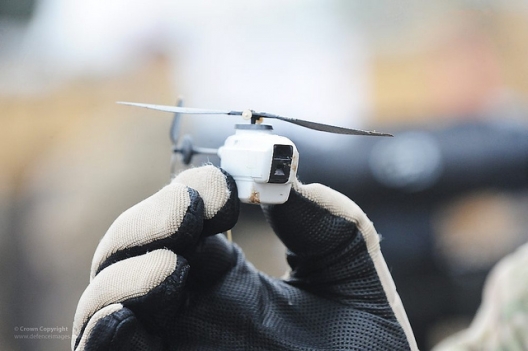 We now are in a new era in which nation-states are joined on the global stage by powerful individuals, groups and others who can and are taking actions that are disrupting the traditional world order. While these actors have operated for some time, their ability to effect decisive global and regional change is about to grow exponentially. We now can call this a “Westphalian-Plus” world. . . .

Since the end of World War II, the United States has emphasized “stability” in key regions of the world as the foremost goal of our national strategy. That was appropriate for most of the post-WWII period, but it is no longer the case. . . .

Rather than seeking stability, the US government should look to harness the ongoing global changes to its national advantage. The United States should be supporting those who seek dignity and rule of law, not ignoring them; it should be intensively removing all barriers to exporting its new energy bounty, not moving incrementally; it should be working with the private sector on a sustained basis to harness the disruptive technologies under development, not perpetuating the distance between Silicon Valley and Washington. . . .

The proliferation of disruptive technologies, such as 3D and 4D printing, a biotechnology explosion, robotics, algorithms, big data and later, quantum computing, will produce a plethora of new threats and unprecedented opportunities. In warfare as in health care, these technologies will be used for good, nefarious and ambiguous purposes. They also can be harnessed for personal use, giving individuals more power and capabilities at their disposal than some militaries have today.

It is this nexus of greater individual autonomy and more powerful and personalized capabilities that defines the coming era of people power. So when thinking about our world today and the value the United States places on regional stability, it becomes clear that this strategy is no longer viable. Washington needs a dynamic framework to deal with a dynamic world. . . .

Such a new national strategy — call it a “dynamic security” strategy — would require much more active and agile US leadership in the world than we have seen since the Cold War. Continuing to pursue the current American approach of restraint and maintenance will lead both to interstate conflict in East and Southwest Asia, to intrastate turmoil, and to new insecurity in the US itself.