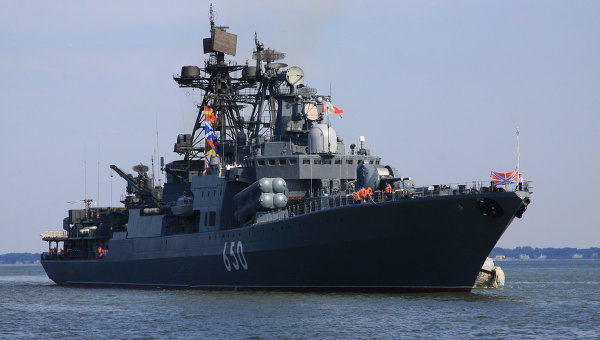 From Arctic-info:  In the first phase, crews used elements of joint manoeuvring and communications. It is also likely that the marines of the Northern Fleet, along with a division of the U.S. Navy SEALs will conduct inspections of a conditional intruder.

The second phase of the exercise will focus on the joint rescue operations in the Arctic.

The Northern Eagle 2012 naval exercise will be held in four districts in the Norwegian and Barents Seas, and will end on 25 August putting in at Severomorsk. The exercises are being conducted in the Arctic region for the fourth time. Traditionally, their goal is to develop cooperation with foreign navies to counter terrorism, piracy, and implement salvage operations.  (photo: Denis Voroshilov/RIA Novosti)