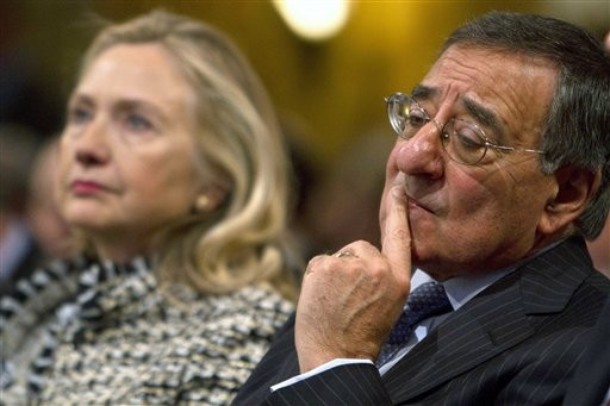 From Judy Dempsey, the International Herald Tribune:  When Thomas de Maizière described the state of the trans-Atlantic relationship to a packed audience in Munich, he shied away from unpalatable truths.

Yes, the German defense minister conceded last Friday, there have always been ups and downs in the relationship, and there has always been criticism that Europe was not pulling its weight militarily, especially now. But on the whole, Mr. de Maizière was upbeat. Europe was not doing so badly in terms of cooperating with the United States in Afghanistan, for example. And even the European Union’s defense and security policy was not doing too badly.

Tell that to top U.S. defense experts and Atlanticists, who were attending the Munich Security Conference that brings together defense and foreign ministers and experts from many countries. Unlike Mr. de Maizière, these experts and former politicians did not pull their punches.

They said that the Europeans did not grasp just how bad the trans-Atlantic relationship had become as Europe refused to pick up more of the military burden. Nor did the Europeans understand the implications of Washington’s strategic shift from Europe to the Asia-Pacific region.

A particularly hard-hitting analysis came from Stephen Hadley, a former national security adviser to former President George W. Bush. He is one of the experts for the new Euro-Atlantic Security Initiative that aims to forge a new cooperative relationship between the United States, Russia and Europe.

Europe, Mr. Hadley said in an interview, had become a “free rider.” It was taking the United States for granted in providing defense and filling military capability gaps. “Europe has become so enamored with soft power that it has stopped investing in hard power,” Mr. Hadley said. “In terms of hard security, it makes Europe a free rider.”

Mr. Hadley and other U.S. security experts insisted that they did not want a Europe that was weak and divided to the point that the grand project of European integration that the United States has encouraged since 1945 would collapse.

“We have enormous global problems, which we can only solve if Europe and the United States work together,” Mr. Hadley said. “Europe is going to have to start investing in its military and building an effective military that can provide leverage on its soft power.”

With few exceptions, European leaders seem to ignore that Europe needs the tools of hard power if it wants to aspire to being a global player. Instead, they point to their success in toppling Col. Muammar el-Qaddafi’s regime in Libya.

Sam Nunn, a former U.S. senator, said Europe’s performance in Libya and in Afghanistan “pointed out a whole number of deficiencies.” He said that the Europeans lacked logistics, intelligence and air power. They could not have done it without immense military support from the United States. . . .

“There is a lot of frustration that the United States seems to have to bear more and more of the burden,” Mr. Nunn said in an interview. “Our European friends need to understand that we are under considerable financial pressures ourselves.”  (photo: AP)