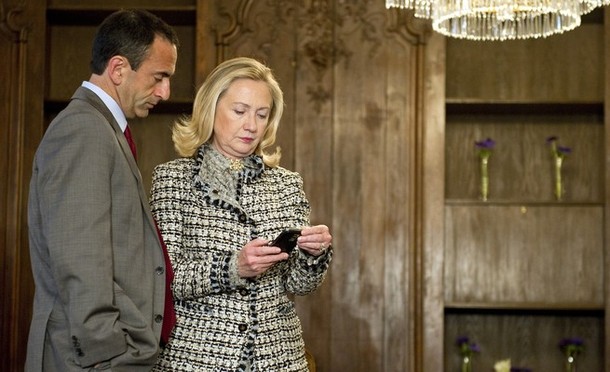 From Nick Bryant, BBC:  With its 140-character limit, Twitter hardly lends itself to diplomatic nuance. But its abbreviated form, in harness with its hashtag hieroglyphics, can also make it powerfully direct.

The popular social media site is just one of the online tools that governments are increasingly using to extend their spheres of internet influence. The web can help deliver consular advice, explain policy, and reach and engage with new audiences. It can also be used to issue admonishments and warnings and, on occasions, help solve problems.

The acknowledged leader in this field is the US State Department, which now boasts more than 150 full-time social media employees working across 25 different offices. It uses familiar sites like YouTube, Facebook and Twitter, as well as local equivalents, such as VKontakte in Russia. Ambassadors and other State Department employees are encouraged to establish an online presence.

A recent training session at the headquarters in Foggy Bottom even saw a classroom full of diplomats being schooled in social media techniques by a 20-something intern. The advice: "Go ahead and give it a go." Already more than 900 diplomats at US missions around the world have heeded that advice, and are using social media as part of their day-to-day diplomacy. . . .

Social media acts like an early warning system of emerging social and political movements, he [Fergus Hanson, from the Lowy Institute in Sydney] says. It is also a way of reaching online opinion formers, and a means of correcting misinformation very quickly. . . .

In its public diplomacy, the State Department has taken to the web to advise on how people can circumvent restrictive firewalls and beat online government censorship.

"The US thinks internet freedom will be one of the defining issues of this century," says Hanson. Indeed, the fight between an open and closed internet has been likened to the Cold War fight between capitalism and communism. Here, Washington has not only been critical of China. It raised objections to Australia’s plans to introduce an internet filter, and was not impressed when David Cameron raised the possibility of shutting down social networking sites during situations like the 2011 London riots. . . .

E-diplomacy certainly carries risks. Even experienced practitioners, like the Swedish foreign minister Carl Bildt, have run into trouble. Ahead of this year’s World Economic Forum in Davos, he drew criticism for what many thought was an insensitive missive: "Leaving Stockholm and heading for Davos. Looking forward to World Food Program dinner tonight. Global hunger is an urgent issue! #davos."

Hunger and a slap-up meal did not sit happily side by side. In the argot of the Ttwittersphere, the tweet was judged a #fail.

Some prefer to maintain a diplomatic silence. Hillary Clinton, despite investing heavily in harnessing the power of the internet, does not tweet.   (photo: Getty)