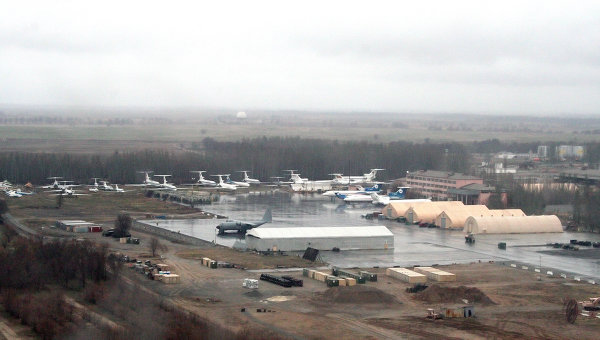 From RIA Novosti:  The United States does not plan on opening another military base in Kyrgyzstan, but will likely set up a training center for Kyrgyz security services instead, U.S. Ambassador to Kygyzstan, Tatiana Gfoeller said on Wednesday.

On August 7, Washington Post said the United States is planning to move ahead with construction of a $10 million military training base in Osh called "the Osh Polygon. …"

"The U.S. does not plan to open military bases in Kyrgyzstan, or in other Central Asian countries," Gfoeller said.

The diplomat said the United States was likely to set up a training center for the Kyrgyz security service involved in counterterrorism and anti-drug operations in southern Kyrgyzstan.

Earlier Kyrgyz officials denied reports over the construction of the Osh military base.

Kyrgyz Defense Ministry spokesperson Aizada Igibayev said reports "about the establishment of a U.S. military base in the republic are at odds with the facts."  (photo: Vladislav Ushakov/RIA Novosti)