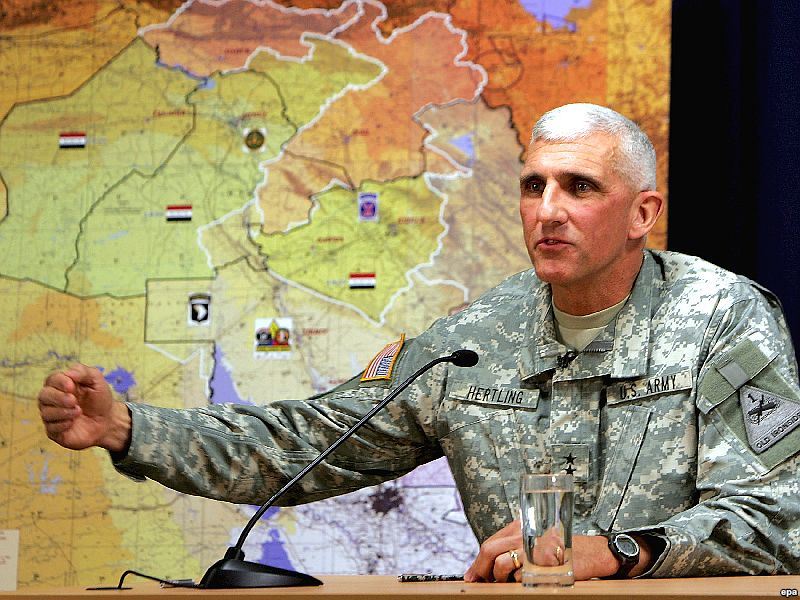 A course that began here Monday gathered senior officers from the U.S. and 15 armies across the Continent to delve into the complexities of combined land operations, or the fusion of multiple nations’ land forces under a single command.

The Combined Force Land Component Commander course, being taught for the first time outside the U.S., aims to build on the advances of Europe’s armed forces over a decade of U.S.-led wars in the Middle East, USAREUR commander Lt. Gen. Mark P. Hertling said. . . .

Holding the course in Europe allows it to address specific concerns within the theater, Hertling said. [Professor G.K.] Cunningham said the multinational focus makes sense, given the likelihood that future conflict will involve coalitions. . . .

For USAREUR, the conference is also an opportunity to highlight its relevance in a theater that is either losing, or at risk of losing, soldiers to train. Two Army combat brigades in Europe are scheduled to inactivate by summer 2013, taking thousands of U.S. soldiers. The approaching end of the war in Afghanistan, meanwhile, combined with shrinking defense budgets among Europe’s armies, also could mean fewer opportunities to train international soldiers.

Hertling said recently that USAREUR and its training arm, the Joint Multinational Training Command in Grafenwöhr, need to move beyond basic combat training and into more complex topics, including cyberwarfare, air defense and logistics.

Combined operations pose their own difficulties, many of them raised by participants on Monday: Language barriers; limits nations place on their armed forces in coalition settings and the difficulties of answering to both national commanders and commanders in a combined force.  (photo: Radio Free Europe/Radio Liberty)