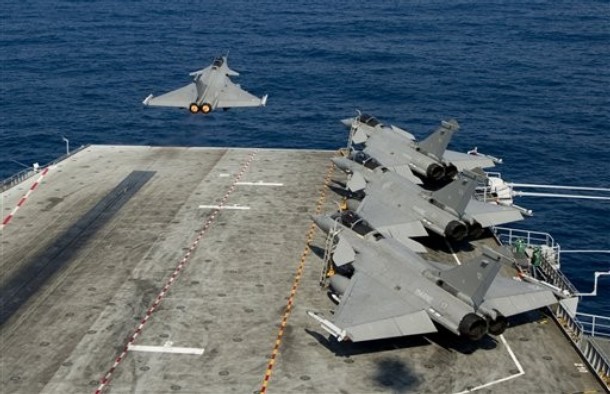 From Slobodan Lekic, the AP:  The U.S. military will pull its warplanes from front-line missions Monday and shift to a support role in the Libyan conflict, a NATO official said.

Britain, France and other NATO allies will now provide the fighter and attack jets to conduct intercept and ground attack missions as they enforce a no-fly zone over this North African country.

The hand-over is expected to take place later on Monday, a NATO official said.

"There won’t be a capabilities gap," said the official who spoke on condition of anonymity because of regulations.