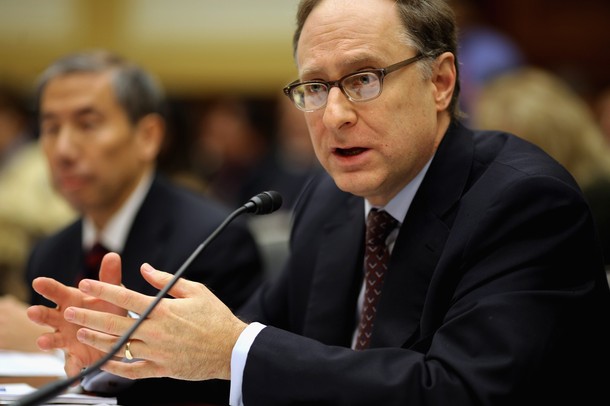 "Ambassador Vershbow is a highly distinguished diplomat who will bring a wealth of experience and expertise to this important post", NATO Secretary General Anders Fogh Rasmussen said. "I look forward to working with him on the main issues facing the Alliance in the run-up to the NATO summit in Chicago, including our operation in Afghanistan, Missile Defence and Smart Defence".

Ambassador Vershbow previously served as US Assistant Secretary of Defence for International Security Affairs; he was responsible for coordinating US security and defence policies relating to the nations and international organisations of Europe, the Middle East and Africa.  He previously served as U.S. Ambassador to NATO (1998-2001), to Russia (2001-2005) and to the Republic of Korea (2005-2008), and earlier as Deputy Permanent Representative to NATO (1991-93).  (photo: Getty)