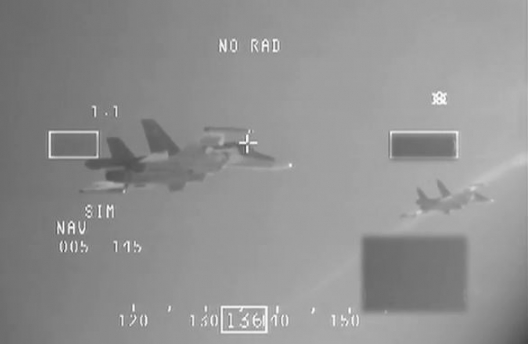 The Dutch Ministry of Defense on Wednesday released footage taken on Monday by its F-16 planes participating in the NATO Air Policing Mission over Baltic skies, showing Russian Sukhoi SU-34 fighter-bombers flying in formation over the Baltic Sea.

The Russian planes ignored requests to identify themselves and were escorted to Russia’s Baltic Kaliningrad exclave, the Dutch Defense Ministry said. . . .

“Russian military activity has been considerable during the last few months. Such activity can be destabilising and potentially dangerous, if international norms are not respected,” [NATO spokesperson Oana] Lungescu said.