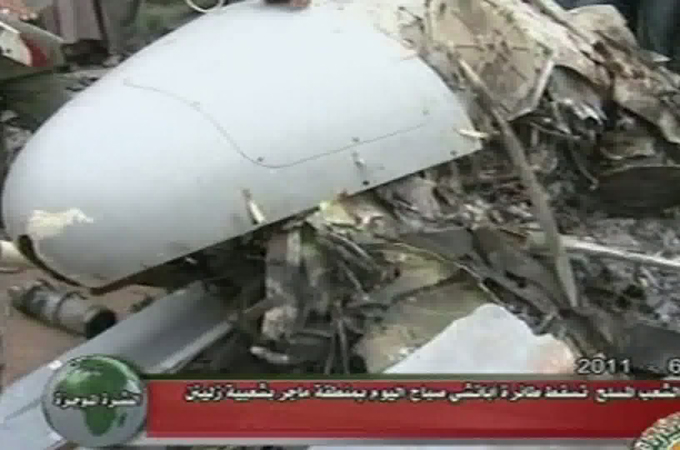 From Amy Butler, Aviation Week:  A U.S. Navy MQ-8 Fire Scout unmanned rotorcraft was lost June 21 while conducting a mission over Libya, according to program sources.

At the time of the crash, the aircraft was delivering intelligence data from about 5,000-7,000 ft. as expected, and there was no immediate sign of a command and control problem or mechanical malfunction, a program source says. This could indicate that the aircraft was shot down by hostile forces, the source adds. . . .

The aircraft was conducting a targeting mission, meaning it was using its onboard sensor package to lase a target for another aircraft, the program source says.

The aircraft was launched from the USS Halyburton frigate during a deployment to support anti-piracy and littoral missions around the Middle East. The ship was recently diverted to support the NATO mission in Libya, this source added. Two Fire Scouts were deployed on the Halyburton earlier this year.  (photo: AFP)