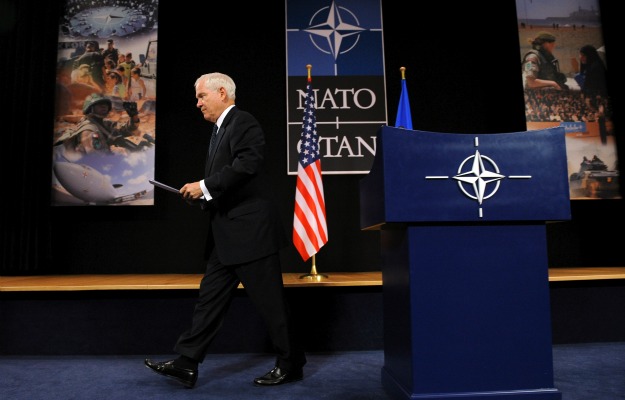 From Paul Miller, Shadow Government:  We just need to recognize what NATO really is and what it isn’t and then calibrate our expectations appropriately. NATO has evolved (or devolved) from a military alliance into a political institution. It is a sort of institutional expression of the West. It gives voice to common concerns and values. It is the first line of meaningful political (though not military) multilateralism. The possibility of membership in NATO was a powerful incentive for post-communist East European states to reform and implement accountable governance.

More significantly, NATO is a bargain in which the United States commits to Europe’s external security in exchange for a European commitment to keep its internal peace. Lord Ismay’s famous dictum, that NATO exists "to keep the Russians out, the Americans in, and the Germans down," is still pretty much on target (just replace "Germans" with "secessionists and fascists"). NATO is a tool to balance Russian influence in Eurasia. NATO is emphatically not for global peacekeeping and is not designed for out-of-area operations.

As Russia demonstrated with its 2008 war against Georgia, it is still very much prepared to throw its weight around in its near-abroad. If the United States ever pulled out of NATO and withdrew its troops from Germany and elsewhere, Russia would almost certainly feel emboldened to reassert influence in the Baltics, Eastern Europe, and probably the Middle East, and resurrect an illiberal regional order. NATO helps preclude that scenario. That’s a good thing, but don’t expect much else.  (photo: John Thys/AFP/Getty)