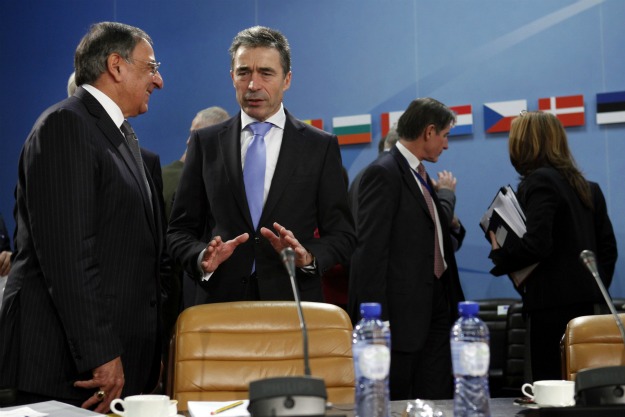 From Robert Haddick, Foreign Policy:  In a briefing delivered at NATO headquarters on Jan. 30, Secretary General Anders Fogh Rasmussen declared that "NATO is the most successful alliance in history." Rasmussen and his colleagues are hoping that success lies not only in the past but in the future, too. While 2011 was NATO’s busiest year ever for military operations — with ongoing stabilization missions in Afghanistan and Kosovo and a surprise seven-month air campaign over Libya — the alliance still struggles to define a convincing organizing principle that will be relevant in the future, a problem it has struggled with since the collapse of the Soviet Union. Ironically, NATO’s leaders may now find the compelling rationale for alliance’s future, and the strongest motivation for long-needed institutional reform, on the far side of the world. The emerging security rivalry between the United States and China, and the U.S. government’s "pivot" away from Europe to address this challenge, may now focus the minds of European statesmen on their own security shortcomings like nothing else has since the end of the Cold War. . . .

So what should NATO plan for? Primarily, it should consider how Europe will defend itself against likely future threats after the United States is no longer able to support the alliance to the extent European policymakers have become accustomed to over the past six decades.

The sharp decline in U.S. military support for European security began long before the Obama administration’s pivot. Over the past decade, the U.S. Navy has permanently transferred more and more of its ships from the Atlantic to the Pacific, a trend that will continue as the Chinese fleet continues to expand. The United States still has a two-ocean navy, but those two oceans are now the Pacific and Indian. Last week, Panetta announced that two of the four remaining U.S. Army brigade combat teams in Europe will be removed. More U.S. bases in Europe will be closed, military staffs reduced, and headquarters downgraded. With China’s cost advantages in shipbuilding and manufacturing, the United States will find itself hard-pressed to keep up should Beijing elect to ramp up production of warships and combat aircraft. The result will be even fewer U.S. military capabilities available to NATO.

The shift in U.S. priorities could provide NATO, especially its European members, with the organizing principle it has been looking for since 1991. First, with the U.S. pull-back from the continent accelerating, Europe’s defense ministries should cooperate to defend their sea, air, space, and cyberspace "commons." U.S. attention on the Pacific and Middle East should provide a powerful incentive to Europe to use smart defense coordination to acquire the high-end naval, air, space, and cyber capabilities needed to defend their interests in the commons over the continent and in the Mediterranean, the North Atlantic, and the Arctic.

Without a conventional ground threat to the continent, Europe should reduce and fully professionalize its ground forces. In addition to a mobile crisis response force, Europe should develop a broad special operations adviser capability. These advisors would engage in security force assistance and foreign internal defense missions with partner military and police forces in Africa and central Asia, and thus help extend Europe’s security perimeter far beyond the continent’s borders.

The result of these moves should be an alliance less dominated by the U.S. and instead led by a Europe motivated to become more self-reliant. That need for self-reliance should energize the defense restructuring and reform Europe has long needed. Changes on the far side of the world will make NATO more important a decade from now than it is to today. But NATO will have to endure some wrenching change if it is to stay relevant.  (photo: Jacquelyn Martin/AFP/Getty)