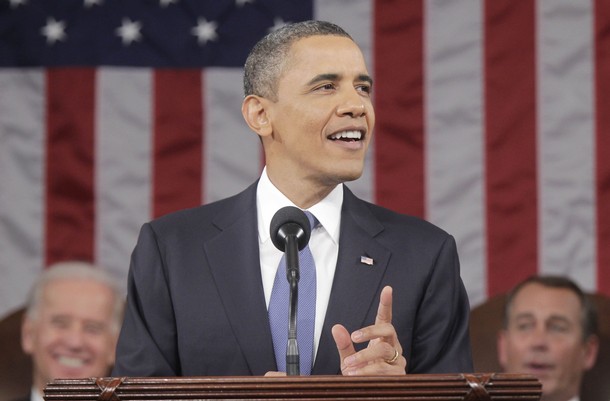 From Danielle Pletka, the Washington Post:  President Obama has done very little to support the war. As commander in chief he has prosecuted the conflict in Afghanistan seriously, with commitment and with deliberation. He has been less than effective, however, with the bully pulpit that belongs to the nation’s leader.

Since taking office, Obama has remained true to his 2008 campaign pledge that his "first order as commander in chief will be to end the war in Iraq and refocus our efforts on Afghanistan." After a lengthy review in 2009, the president ordered a surge of 30,000 troops to Afghanistan. He set a deadline of July 31, 2011, to begin drawing down the troops – distressing Afghans, Pakistanis, allies worldwide and many in the United States – but even that deadline fell by the wayside at last year’s NATO summit in Lisbon.

To be fair, the president has reportedly rejected recommendations by the vice president, his national security adviser and countless others to surge fewer troops, move to a counterterrorism strategy or make a negotiated peace with the Taliban – all wrong moves.

Publicly, however, Obama has been remarkably quiet about the war. This week’s State of the Union address had only a passing reference to Afghanistan. Obama has given fewer than a dozen significant speeches focused on national security and only one major speech on Afghanistan. …

Clearly, the president is a reluctant warrior. The root of that reluctance – fear of agitating his left-wing base; concerns about shaping his legacy; lack of interest in national security policy? – is immaterial. The president of the United States owes it to the nation to explain what is at stake, why we fight and what more must be done – and to do so often, with all the power of his office. The commander in chief and the president must lead as one.

The writer is vice president for foreign and defense policy studies at the American Enterprise Institute.  (photo: Reuters)