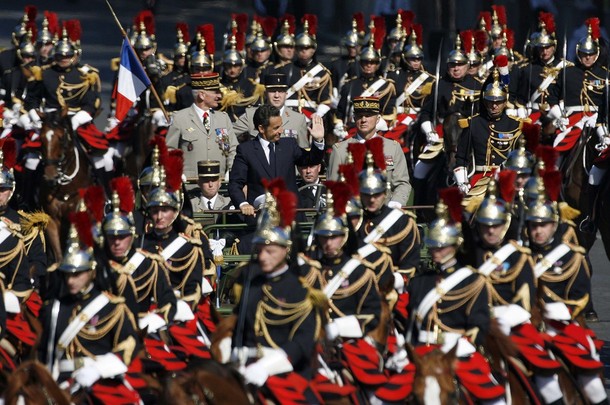 From Thérèse Delpech, the International Herald Tribune:  In a world that is heavily arming itself, the relatively small increases in European military spending demand an explanation. It means that European politicians no longer know how to justify military expenditures to their people. Not that justifications are lacking — politicians make constant references to an unpredictable and dangerous world — but the conviction is not there. Even in France, more than €3 billion are given to restaurant owners even as €5 billion are cut from the defense budget.

So the question arises: Does Europe still have a desire to exist on the international scene, or is it ready to retire from history? …

The fact is that Europe does not have the option of a kind of post-modern, undeclared neutrality. The potential conflicts of the 21st century are too obvious for Europe to be solely an observer. Even Asia is not as remote as many would want to believe. China is present in Central Asia, in the Middle East, in Africa and in Latin America — which is to say, everywhere. If Taiwan, to our common misfortune, should become the object of a confrontation between China and America, the Europeans may have to do some work — in the Middle East, for example, helping block maritime routes. Is Europe prepared to consider this, let alone actually do it?

A military power cannot be measured only by the level of its defense budget, but expenditures are an indication of capabilities as well as an expression of will — or the lack of it. The Europeans look proudly at their military interventions in Congo or in Somalia. They do not perceive the abyss between such peripheral interventions and a decisive contribution to regional and international security.

This is the core of the problem. Having started two world wars in the 20th century, Europe should demonstrate a sense of both dignity and responsibility by becoming a more serious contributor to peace and security in the 21st. Doing so would make much more sense than arguing about the limits of military power.