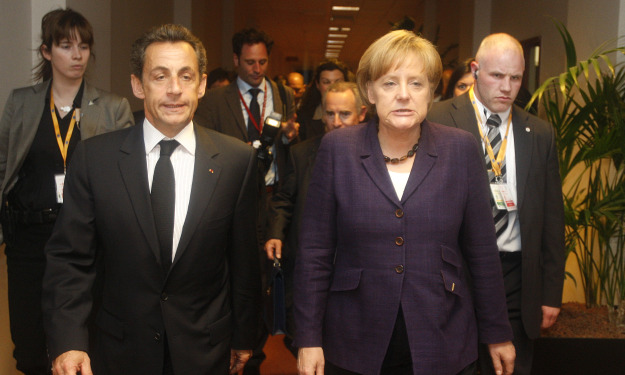 From Stephen Walt, Foreign Policy:  In the past, Euro-optimists like Princeton’s Andrew Moravcsik have argued that crises like this just make Europe stronger, by forcing it to get its house in order and strengthen the relevant supra-national institutions. Maybe, but I’d be more convinced if my friend Andy hadn’t described Europe as being "stronger than ever" last August (i.e., well before this latest crisis hit). Meanwhile, voters in Germany just delivered a sharp rebuke to Chancellor Angela Merkel and the Christian Democrats, sending a clear message that their support for costly bailout packages is not infinite. …

In any case, whether Europe grows closer together or begins to spin apart, it’s going to carry a lot less weight in world affairs in the next few decades. Its population is shrinking and aging, its military power is increasingly hollow, and it’s going to be short on money for years to come. If U.S. officials think they are going to get a lot more help from NATO in the decades to come, they are living in a dream world.

So here’s my question: will NATO’s new “Strategic Concept,” currently being formulated for presentation at the NATO summit next fall, reflect this emerging reality? Will it openly acknowledge that Europe is not going to commit more resources, and identify a set of (fairly modest) common goals that the alliance actually has some chance of achieving? Or will it contain the usual pious declarations of transatlantic solidarity, along with various empty pledges that everyone knows are no more than polite fictions?  (photo: Michel Euler/AFP/Getty)