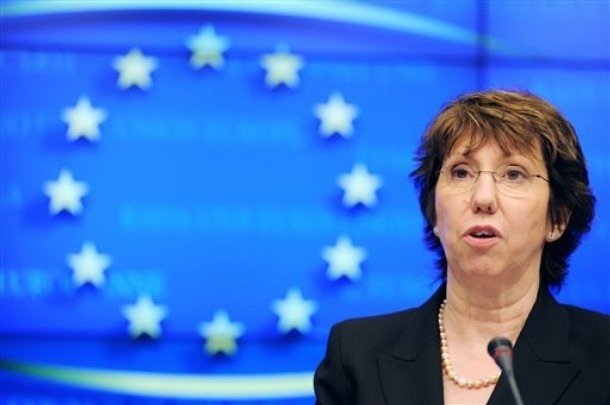 From Judy Dempsey, Carnegie Europe:  [W]hy hasn’t the EU come up with a trenchant security strategy instead of tinkering, as it did once before in 2008, with the first-ever strategy that was published back in 2003?

The answer is that the EU lacks the courage because it would mean asking difficult questions about Europe’s place in the world. It would also mean that individual member states, including Germany, would be forced to define their national interests and decide how they correspond to Europe’s strategic interests. . . .

Catherine Ashton, who after all is the EU’s foreign policy chief, needs to kick-start a discussion for a new security strategy with the aim of articulating the bloc’s long-term strategic policies.

Why? For several reasons.

Europe and its neighborhood have changed, almost beyond recognition since 2003 when the EU’s former foreign policy chief Javier Solana published “A Secure Europe in a Better World”—the first EU security strategy document.

The EU now includes many former communist countries that have a special security perspective, especially with regard to Russia and Turkey. This is why enlargement has rightly put some of the focus on the potential instability in the Caucasus.

The EU’s Southern flank, as a result of the Arab Spring, is changing too at a fantastic speed, not to mention the upheavals taking place in the Sahel that could pose very serious threats to Europe. The growing threats of nuclear proliferation are other existential threats facing Europe and indeed the rest of the world.

There are no quick fixes to any of these problems. Nor can the EU deal with them by itself. That is why a security strategy needs to examine what kind of relationship Europe wants with the United States, first of all, but also with China and Russia.

These are all issues that require strategic thinking and strategic goals. Postponing the debate is a big mistake. It shows that Europe has no idea what its strategic interests and goals are. That’s shameful.   (photo: AP)