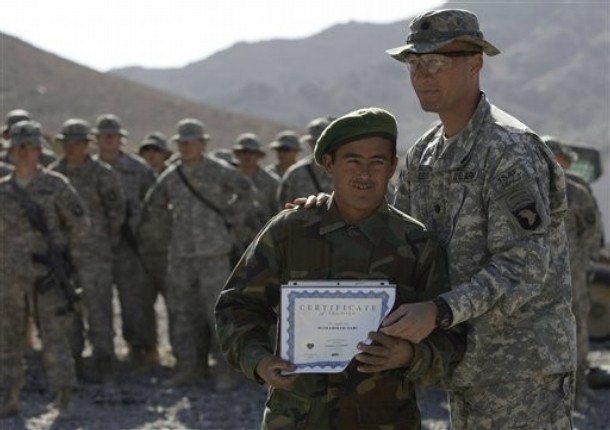 Handing over security to the Afghan government, as per the Lisbon summit two weeks ago, is an uphill task. Afghan President Hamid Karzai and NATO Secretary-General Anders Fogh Rasmussen want to finish transferring security by the end of 2014. Yet there are too few NATO trainers, too many Afghan deserters, and too much corruption, NATO officials and Western diplomats say, to make that a credible scenario.

A recent review commissioned by the NATO Training Mission in Afghanistan, the body responsible for strengthening the Afghan security forces, found that most Afghan police “did not know the law they were responsible to enforce," that the training mission was critically understaffed and that most ordinary Afghans see the police as a predatory militia “rather than trusted law enforcement officials.” Drug addiction and illiteracy are also problems.

"All these factors make it difficult to recruit people and train them,” says Thomas Ruttig, co-director of the Afghanistan Analysts Network, a well-respected think tank in Kabul. “Already the timeline of handover by 2014 makes it hard enough to meet the target figures,” which call in the short term for the 115,500-man police force to hit 134,000 officers by October next year and the Army to reach 176,600.

“I would be skeptical whether it’s possible,” Mr. Ruttig says. “Vetting has never been very good of policemen and the feeling is that the criteria have been lowered,” he says.

What’s needed, he says, is more time for training programs: "If we rush it, we risk missing the target we set for ourselves."  (photo: AP)