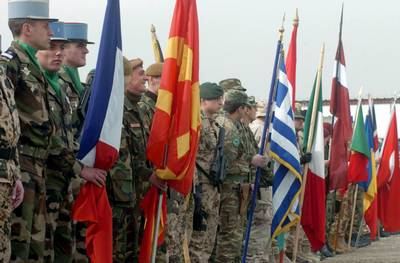 From Adm. James Stavridis, U.S. European Command:  First, before we decide we don’t think NATO matters, let’s do a little “comparative shopping.”  Practically speaking, NATO has the best pool of partners we will have in the world for the foreseeable future.   Look at the other Cold War Alliances and what happened to them.  Remember CENTO?  How about SEATO?  The RIO Pact?  All have folded their tents and faded away.  Before we decide we can do without NATO, we should think about where our other partners will come from – the bench isn’t deep.  As one example, in Afghanistan today, 85% of our partner nations come from Europe, contributing over 40,000 troops and having tragically experienced over 600 of their finest young people killed in action, shoulder to shoulder with our own 1,000 painful losses, in an effort to support the young Afghan democracy and deny al-Qaeda platforms from which to launch attacks on our nations.  This is substantial by any measure.

Second, as Al Capone said, “Why rob banks?  Because that’s where the money is.”  If we are looking for capable military partners with real resources, the ability to deploy and operate with us, and well-trained troops, Europe provides the lion’s share in the world today.  With a collective GDP of over $15 trillion (larger than that of the US), and over two million men and women in uniform (almost all of whom are volunteers, as in the U.S.), this is where the “money is” in terms of real military capability and credibility.

Third, from a philosophical perspective, these are many of the nations who most fundamentally share our values.  Europe is the source of the enlightenment and the values of democracy and liberty that we cherish: individual and human rights, freedom of speech and religion, and rule of law.  While there are individual countries around the world which certainly share those values, there is no other region in the world which so highly shares and is prepared to act to defend our fundamental values.

Fourth, the demographic ties that connect us are the strongest with Europe.  Today nearly 70% of the US population traces its heritage and roots to Europe.  This lineage creates bonds that are linguistic, cultural, historical, and economic.  Granted, the economics of Asia and the Pacific Rim are compelling over time, as are the rising democracies of Latin America.  Yet for the foreseeable future, the linkages with Europe remain the strongest overall set of connections that we have in the world.

So before we decide NATO isn’t so important to Americans, I’d suggest we take a clear-eyed look at the other options, the tendency to partner with us, the basic military skills, the level of resources, and the values that bind.  NATO specifically and Europe in general still, even after 60+ years of alliance, look to me like pretty good partners.  (photo: EPA)