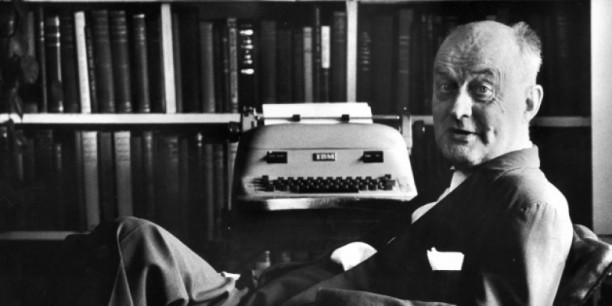 In Niebuhr’s words, the Atlantic Community did not have “a unified culture” but rather shared “a way of making diversity tolerable under conditions of freedom.” It is “composed of nations who have discovered the way to community despite diversity,” a unifying and binding principle in its own right that forms the foundation of the Community’s strength and resilience.

Niebuhr’s intellectual core also rested on a strong sense of realism — in his mind, the Atlantic Community’s core was also based on shared interests. In 1952 he wrote that “the ‘Atlantic community’ is becoming a reality…partly because the exigencies of history are forcing mutual tasks upon it.” These “mutual tasks” in the charged context of the early Cold War included the shared interests of “the necessity of a common defense against tyranny” and “mutual economic measures” to promote prosperity. Today’s circumstances may be different, but transatlantic interests are not. The ongoing travails of the U.S. and European economies demonstrate our shared economic interests. In the security realm, not only is war unimaginable among the nations of the Atlantic Community, but going to war without each other’s assistance is almost equally inconceivable.

And because Niebuhr believed in the union of interests and values, he easily embraced the Atlantic Community’s shared obligations to the wider world. He described NATO as having a “double purpose” of protecting the values of the Atlantic Community and contributing “this possession to the whole enterprise of integrating a global community of nations.” “Atlantic values” were not merely Atlantic but were ultimately universal, he believed, and offered a rich inheritance to the world.

Appreciating Niebuhr today helps guard us against imagining an idyllic era in transatlantic relations that in reality never was. We should not panic over “Mars and Venus,” but find a way of navigating transatlantic differences while appreciating underlying commonalities. Niebuhr also reminds us of the value of having religious leaders add another dimension to transatlantic relations. And his worldview demonstrates that values and realism can and should be incorporated within each other. In this era of material scarcity, and of ideological challenges posed by militant Islamism and authoritarian capitalism, the Atlantic Community would do well to recapture a Niebuhrian appreciation of its interests and confidence in its ideals.

William Inboden is a Distinguished Scholar at the Strauss Center for International Security and Law, Assistant Professor at the University of Texas-Austin, and a non-resident fellow with the German Marshall Fund of the United States (GMF). This article is adapted from a longer paper, “Diversity under Freedom: Reinhold Niebuhr and the Transatlantic Community,” published this week by GMF.   (photo: German Marshall Fund of the United States)