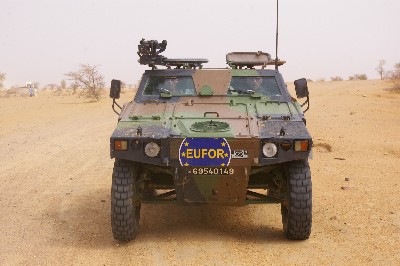 No one is volunteering. “We do not foresee a leading NATO role in a post-Qaddafi period,” [NATO Secretary General Anders Fogh] Rasmussen said last week, with understandable caution, given NATO’s preoccupation with Afghanistan and signs of a fraying political consensus in Europe over Libya. “We want the United Nations to take the lead.”

The UN Security Council might establish a UN-led peacekeeping force, but it could take months to assemble and deploy such a force. Alternatively, it could, in effect, delegate the job to others – as it did in 2001, when it authorised the creation of the International Security Assistance Force in Afghanistan.

A more viable option would be a UN-authorised ‘bridging’ force to be deployed for four to six months, giving the UN time to set up its own force. Without a NATO lead, the most efficient military solution would be to organise a multinational bridging force under the command and control of one country. But none of the top three contributors to the NATO effort – the US, France and the UK – is prepared to accept that role.

Other attractive options – for example, a Turkish-led coalition of Muslim nations – seem a bridge too far. The African Union’s muddled approach to the crisis should rule it out. A better alternative would be a UN-sanctioned EU force.

The EU should reconsider its stance. After all, the raison d’être of its Common Security and Defence Policy (CSDP) is, as former French defence minister Alain Richard once put it, to take care of fires in its backyard when NATO is not engaged.

John Herbst is a retired US ambassador and director of the Center for Complex Operations at the Institute for National Strategic Studies at the National Defense University in Washington, DC. Leo Michel is a research fellow at the same institution and an Atlantic Council member. The views expressed here are their own.  (photo: warisboring.com)