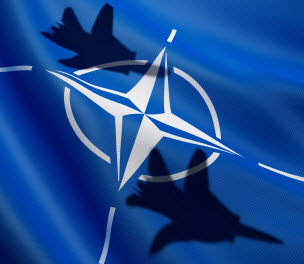 From Charles Barry and Hans Binnendijk, Center for Transatlantic Security Studies:  The national defense budgets of many NATO nations, purposefully held down over many years before the economic crisis, have been forced abruptly lower still under the duress of unexpectedly severe economic conditions. Reductions are driven more than before by nonmilitary national priorities; maintaining capabilities promised to NATO is often secondary. Persistent pressure on defense budgets since 2008 is widening gaps in core NATO capabilities.

Nations are making tough choices on where to cut in order to preserve the most viable national force. The likelihood of more reductions through 2015 and beyond, in the view of most experts, is high. Some forecasts indicate economic austerity could persist until 2020 or even later.

◆ Most European defense cuts to date have been “horizontal,” divided evenly across all operations, maintenance, supply, and investment accounts. These typical responses result in a growing array of forces that are not ready, not trained, and not sufficiently equipped or supplied—a widening “invisible” gap across the Alliance.

◆ A few more visible “vertical” cuts have been made that forego or eliminate entire national capabilities—these are harbingers of the future as the crisis persists. The results of vertical cuts are growing self-selection of roles and missions, which is prone to create gaps in meeting core NATO tasks.

◆ Since 2008, NATO members have conducted programmed and unprogrammed defense cuts in response to economic pressures. Cuts will continue for several more years—until 2015 or 2018 according to various experts.

◆ In the future, more cuts will be vertical as nations realize this is the only way to achieve real savings and to protect their most desired capabilities.

◆ Many allied cuts are increasing NATO dependency on the United States, just as the United States is rebalancing toward Asia. Ultimately, European nations will have to spend more on defense just to arrest this trend.

◆ NATO nations have few if any plans to mobilize or reconstitute large-scale combat forces should the strategic environment change. This is a serious risk.

◆ Defense budgets are unlikely to return to 2 percent of gross domestic product even after the NATO nations have few if any plans to mobilize or reconstitute large-scale combat forces should the strategic environment change financial crisis, short of an overt military threat, yet the cost of military systems will continue to grow dramatically.

◆ NATO’s mission in Afghanistan beyond 2014 is assured by the Chicago Summit and will require substantial resources for up to 10 years. Mission success hangs in the balance. This continuing investment does not appear to figure in most nations’ future defense budgets.

◆ Interoperability has been generated by International Security Assistance Force (ISAF) operations since 2003. In the future, it must be sustained by training and exercises, as well as by the Smart Defense and Connected Forces Initiatives (CFI). These will require significantly more emphasis and resources than today.

◆ Uncoordinated national cuts are hard to anticipate and measure at NATO. There is no mechanism for early consultation on cuts, and no method within the NATO Defense Planning Process. . . .

◆ The United States needs Allies and partners to implement its global military strategy. We need to have Allies with capabilities as well as the political will to commit them.

◆ The unprecedented economic crisis across NATO will continue to affect many Allies throughout Europe until 2018 and perhaps far longer. Capabilities are being cut in deep and long lasting ways. NATO took solid steps at Chicago to counter these effects in the near term with Smart Defense and the Connected Forces Initiative.

◆ Sustaining transatlantic interoperability will be the biggest challenge after the withdrawal from Afghanistan. USEUCOM should have interoperability as its primary mission. Mainstays of an  interoperability strategy should be expansive U.S. engagement in the NATO Response Force and strong U.S. support for NATO’s Connected Forces Initiative.