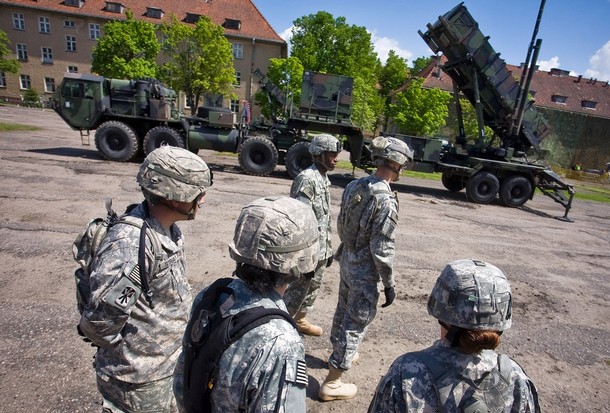 From Ian Traynor, the Guardian:  It is the biggest single concrete example of US support for Polish security on the ground. But the leaked embassy cables show that a battery of Patriot missiles in the north-east of the country lacked one crucial component – live missiles.

In May this year the Americans finally started rotating the missiles in and out of Morag, close to Kaliningrad, the Russian territory on the Baltic sandwiched between Poland and Lithuania. For two years, the Polish prime minister, foreign and defence ministers had sold the Patriots to the public as a great boost to national air defences (against Russia).

So when the Americans told them in late 2008 that the missiles would not be live, at least initially, the furious Poles complained they had expected an operational weapon, not "potted plants", the cables report. …

It was not until November last year that Vershbow told the Poles bluntly that the Patriot battery "will be solely for training and exercises".

The Americans rubbed salt in Polish wounds by stressing that "the Patriot battery would not be operational at any time … It was made clear that training opportunities would be limited to basic familiarisation training due to current disclosure restrictions unless Poland decided to buy Patriot systems."  (photo: Getty)