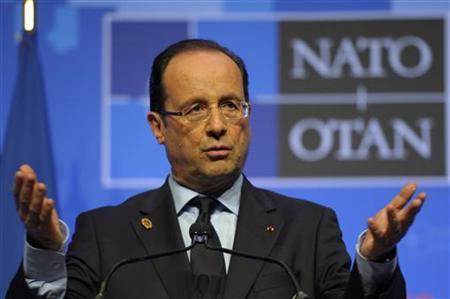 From Leo Michel, New Atlanticist:  Is “smart defense”—NATO’s effort to promote greater cooperation among the allies in military capabilities and training— a “Trojan Horse” at the service of the “war machine of the American defense industry?” That would appear to be the conviction of one French senator, according to his remarks before a few hundred parliamentarians, high-ranking officials, general officers, and leaders of defense companies from France and its European partners gathered at their annual “Summer defense college.”

The accusation cannot be taken lightly at a time when a commission of forty-six eminent officials, parliamentarians (including the aforementioned senator), and non-government experts appointed by President François Hollande prepares the new White Book on Defense and National Security. Meanwhile, former foreign minister Hubert Védrine is conducting a related assessment, also under a presidential mandate, to “evaluate the French return to NATO’s military structure and the development of the transatlantic relationship for the decade to come.”

Yet, on substance, the accusation is not credible. . . .

In practice, smart defense is hardly a “made in the USA” product.  Working closely with NATO headquarters (in particular, its assistant secretary general for defense investment, the Frenchman Patrick Auroy), Allied Command Transformation (ACT), headquartered in Norfolk, Virginia, serves as a catalyst for specific multinational projects identified by various groups of nations.   ACT’s supreme commander since September 2009, French General Stéphane Abrial, also served as one of NATO’s two special envoys for smart defense vis-à-vis the political and military authorities of member states of the Alliance. Today, Abrial turns over his command to his compatriot, General Jean-Paul Paloméros.

Some twenty-four “Tier I” smart defense projects now underway include, for example, development of modular medical facilities for military personnel in operations, work on state-of-the art robots to clear roads of improvised explosive devices, improved training for helicopter pilots and intelligence experts, and pooling of maritime patrol aircraft. Fifteen of the projects are led by European “framework nations”; the United States and Canada lead five.   As for France, it leads two of the projects and participates in a dozen others. Only four of the projects are led by one of the principal NATO commands—either ACT or Allied Command Operations—or one of the NATO agencies.

Since smart defense does not require participation by all twenty-eight allies in every project, most will be financed by the participating countries, not by the Alliance as a whole.  And for those that might involve future acquisitions, there is no “American preference.”  Indeed,  under  Abrial, ACT  has opened greater opportunities to European industries through its “Framework for Collaborative Interaction,”  where twenty-nine of seventy participating companies—including Thales, France Telecom, and Astrium—come from the Old Continent.   And thanks to the pragmatic relationship between ACT and the European Defence Agency (EDA), which is led by Claude-France Arnould, a respected French career diplomat, the two organizations have succeeded in avoiding a duplication of effort. . . .

It will not be easy to reconcile the strategic and military logic of a more effective transatlantic and intra-European relationship on defense capabilities with the realities (and benefits) of competition between our respective defense industries.  A true initiative in this direction would be a project worthy of the White Book Commission.   But shooting at efforts taken by NATO to facilitate multilateral cooperation under the banner of smart defense does not contribute to this goal.

Leo Michel, a member of the Atlantic Council Strategic Advisors Group, is a Distinguished Research Fellow at the Institute for National Strategic Studies, National Defense University. The opinions, conclusions, and recommendations expressed or implied are solely those of the author and do not necessarily represent the views of the Defense Department or any other agency of the US Government.  (photo: NATO)