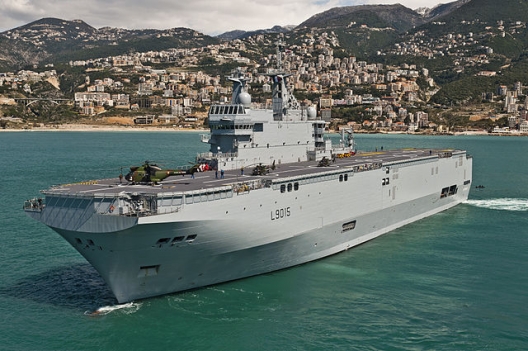 With the first of two French-built Mistral class amphibious assault carriers set to be delivered to the Russian Navy in October, France is handing Russia the keys to one of the world’s most advanced warships at a time when many in the West are questioning Moscow’s expansionist ambitions.

In the wake of Russia’s annexation of Crimea in March, the U.S. and several of its NATO allies have lobbied to convince the French government to withhold the ships, but Paris has held firm in its commitment to the deal.

The problem, in NATO’s eyes, is not that France is selling Russia capable warships, but more that it is selling know-how: The ships have been assembled with the help of Russian engineers, who are learning the ins-and-outs of modern shipbuilding.

“The biggest concern for NATO is the foreign technology aspect, that is really the key,” Dmitry Gorenburg, a senior researcher at Harvard and expert on Russian military modernization at CNA, a U.S.-based naval think tank, told The Moscow Times. “I would not dismiss the possibility that one of the ships would be put in the Black Sea and potentially used against a NATO member at some point down the road. It is a secondary concern, but it is there,” he added. . . .

Regardless of where the vessels go, the Mistral carriers give the Russian Navy versatility that it does not have and cannot domestically produce. With two Mistral carriers in its arsenal, the Navy would be able to drop a battalion of marines and armor on any coastline within 10,000 kilometers of its home port without refueling, provide helicopter support for those forces, and orchestrate an entire operation from the ship’s advanced control center.

Were such an operation to fail spectacularly, Mistral can also serve as a hospital ship.

“Not even the Soviet Navy had such capabilities,” said Mikhail Barabanov, a naval analyst at the Center for Analysis of Strategies and Technologies, a private Moscow-based defense think tank. . . .

Mistral is much more advanced than anything the Russian shipbuilding industry can currently produce. The ship not only doubles as an amphibious assault vessel and helicopter carrier — allowing Mistral to conduct land invasions and anti-submarine actions — but also boasts considerable capability as a command and control vessel and floating hospital.

The French Mistral design’s sheer versatility makes it difficult to anticipate exactly what Russia will do with it, but analysts agree that it will most likely be used as a command ship.