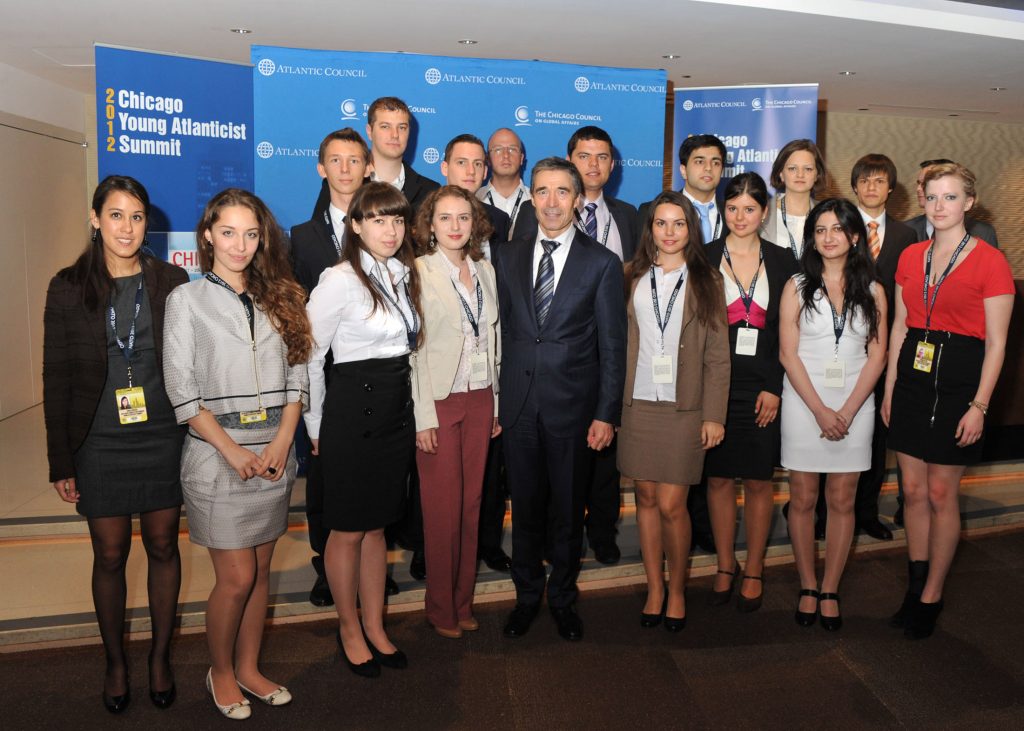 From NATO:  Three young people from Armenia, Russia and the United Kingdom were among 20 competition winners to win a trip to NATO’s Chicago Summit in May. Upon returning home, they took time to reflect on their experiences.

Called ‘iReps’ the winners, from as far and wide as Libya and Indonesia, spent three days talking to NATO and national officials in the margins of the Chicago Summit. They also debated the challenges facing international peace and security with their peers.

“Having a chance to penetrate deeply into the NATO’s goals and mission, realising and analysing them, I found it surprising to change my stereotypes about it,” explains Emma Ohanyan from Armenia. “[NATO moved] from an aggressive organization into one of the world’s principal contributors in peace and security,” adds the 23 year-old who works as a Russian-English translator at ARKA News Agency in Armenia.

More than 300 people accepted the challenge of the ‘iReps’ competition, submitting a one minute video explaining what peace and security means to them. The winners flew to Chicago to take part in the Young Atlanticist Youth Summit which ran in parallel to the main Summit meetings. They discussed the same Summit agenda themes of Afghanistan, future capabilities and partnerships.

“NATO is no longer confronted by one clearly defined threat, such as was evident during the Cold War,” says 23-year old Thomas Durham, a graduate student from Durham University in the United Kingdom. “There are, in fact, a plethora of many diverse and multilateral threats – which make the peace building process behind NATO more relevant than ever,” he explains.

Twenty-two year old Ekaterina Markova is a student at the Moscow State Academy of Law. After reflecting on the debates and opinions offered during the Summit weekend, she was surprised to learn about the involvement of non-NATO members at the Summit and the Alliance as a whole.

Reflecting on the global nature of today’s security challenges, Markova says it is increasingly important for countries to work together to achieve success. “The invitation to other non-NATO members to attend the Summit is a good decision for making concerted solutions, which entertain the opinion of every member of our common community,” she adds.

Discovering that NATO’s fundamental decision making system was consensus based was also new to some of the ‘iReps’, according to Durham. “The idea of equality between all NATO members was particularly revealing. [Meaning that] each member has the power to veto any decision made by NATO… [where] a general consensus is required for each policy decision to be ratified,” Durham says.  (photo: NATO)