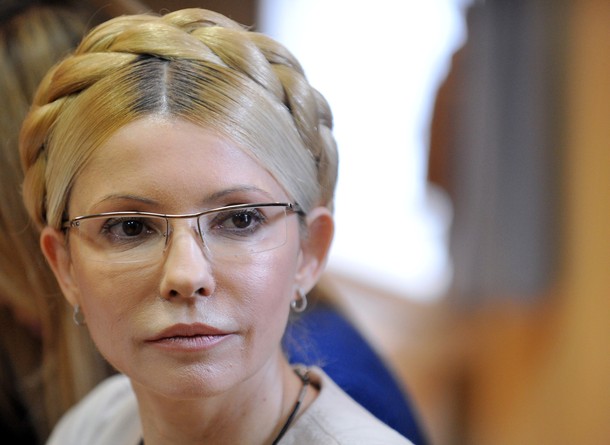 From Miriam Elder, the Guardian:  Ukraine shut the book on its flirtation with democracy and European integration on Tuesday when it sentenced former prime minister Yulia Tymoshenko to seven years in prison in a trial widely seen as a political witch-hunt.

The EU said it was “deeply disappointed” in the conviction and vowed to review links with the country. It had issued repeated warnings to President Viktor Yanukovych that a guilty verdict would derail negotiations that had been on the verge of forging unprecedented ties between Brussels and Kiev.

Tymoshenko, flanked by her daughter and husband, appeared defiant as Judge Rodion Kireyev read the nearly four-hour-long verdict on charges that she exceeded her authority when she signed a gas deal with Russia in 2009.

In addition to the seven-year term – the maximum requested by state prosecutors – the judge ordered her to repay 1.5bn hryvna (£120m) in damages incurred by state gas firm Naftogaz, and seized her property. The 50-year-old was also banned from participating in political life for three years after the sentence runs out.

Tymoshenko, visibly angry, responded by telling the court: “Today it has become clear to everyone that the country is ruled by a dictatorship.

“I beg you to unite to overturn this authoritarian regime. . . .”

Ukraine risks becoming an international pariah after Moscow also reacted harshly to the conviction, with the foreign ministry noting that “many states and the world public perceive this entire judicial process as initiated for purely political reasons”.

The case, the ministry said, contained “an obvious anti-Russian subtext”. Russia has resisted Yanukovych’s attempts to renegotiate the gas deal in favour of Ukraine.  (photo: Getty)