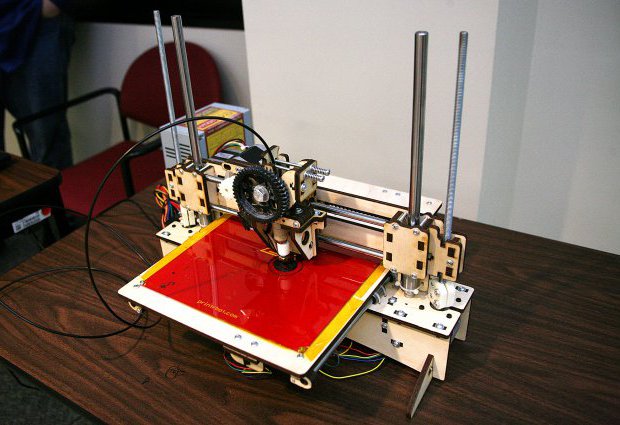 The 3-D printing revolution is completely upending the global manufacturing base. Its potential impact on defense and national security is just as revolutionary but could be marginalized if the Defense Department fails to adopt a comprehensive vision and strategy.

DoD saw the potential benefits of 3-D printing (otherwise known as additive- or direct manufacturing) early and made the jump to invest in it, with good results. For instance, the Rapid Equipment Fielding (REF) expeditionary lab, a self-contained, mobile laboratory operating in some of the most remote outposts in Afghanistan, uses 3-D printing technology to assist in creating rapid solutions to wartime issues within days. The US Army Medical Command is looking to purchase a 3-D printer for the Walter Reed National Military Medical Center which will allow it to print, rather than purchase, pre-surgical physical models, custom implants, and rehabilitation devices.

One of the best uses for AM has been in those instances where production lines have closed down but the equipment is still in use. The Marine Corp’s CH-46 Sea Knight helicopter remains in service even though the last one rolled off the assembly lines in 1971.  Similarly, the  AV-8B Harrier jump jet cesed production in 2003 and its lifespan was just extended from 2017 to 2030. Instead of going through the process of standing up new production lines for these legacy aircraft, AM has been used to recreate parts no longer in the supply chain or with long lead times.

How 3-D Printing Can Succeed for Defense and National Security

Although many components of DoD are beginning to jump on the bandwagon, the agency as a whole does not have a clear strategy or cohesive policy which will allow it to advance beyond the small and specialty components of the Department. Instead, multiple components are working within stovepipes and creating disaggregated strategies that are not nested with those that are actually using the technology. They are working with original equipment manufacturers (OEM) to conduct research in the technology and in many cases, are already transitioning parts manufacturing to 3-D printing. But, to what strategic end? This piecemeal approach can be detrimental to the Department by duplicating efforts and multiplying costs, as well as missing the benefit of what 3-D technology can do for the Department as a whole. With possible dwindling budgets on the horizon, a clear strategy and cohesive approach is essential to create efficiencies in the area of research and development as well as eliminating duplicative efforts. In order for DoD to take advantage of what is anticipated to be an explosion in the commercial sector within the next ten years, the Department must take an active approach, partnering with the private sector to keep up with this relatively nascent technology and shaping/guiding it towards the desired end state the department has in mind.

One step towards a clear strategy and cohesive approach is for DoD to designate an AM Czar within the Department. They could serve as a single point for all things AM and not the myriad of technical advisory boards that currently exist.  This office could then work with policy makers to execute and monitor a strategy which will allow DoD to take full advantage of this technology. Logically, this office would interface directly with the National Additive Manufacturing and Innovation Institute (NAMII) as DoD’s representative. In this capacity they could help explore the various ways in which the technology could be applied across the Department and work with NAMII to help overcome one of the biggest roadblocks to adoption, certification. With so many different models of printers and materials, a clearly identified certification process has to be established so that these parts can be used in support of manned flight.  The requirements for military grade equipment tend to be more demanding than commercial grade, and each service may have specific requirements for a similar machine, or a more rigid requirement for something like an aircraft vice a ground vehicle. Once the Department identifies uses for 3-D printing, the consequences would certainly be felt across the defense industrial base.  Other ancillary issues that may arise as a result of 3-D printing include Intellectual Property (IP) concerns issues surrounding  DoD systems, developing an acquisition strategy for CAD files (currently DoD does not own the majority of the designs for the parts it purchases), and determining the extent to which scanning and reverse engineering can be legally accomplished (parts can be scanned with a handheld device much like the scanner used by your local grocer and turned into a CAD file with relative ease). And finally, looking at the impacts AM will have on congressionally mandated workloads and small business mandates on our organic industrial base.

They key to AM’s success within the department is an acceptance that the technology is revolutionary, not evolutionary or merely manufacturing modernization. Just as we rely on informed predictions of future adversaries to train, organize, and equip our force, so too must we take the same steps to adopt future technologies that may fundamentally shape how we defend our nation.   As Peter Diamandis and Steven Kotler describe in their book, Abundance, beware of the “Hype Cycle”. The Department must not fall into the trap of inflated expectations with AM and then simply disregard the transformative nature when expectations are not initially met. It is hard to objectively deny that 3-D printing may bring on what The Economist touted as the third industrial revolution. The strategic gain that could be achieved through a focused DoD effort in 3-D printing demands that the Department take a serious, holistic look at including this technology as part of our long term national defense and funding strategies.

Colonel Jon R. Drushal and Lieutenant Commander Michael Llenza are the US Army War College and US Navy Fellows at the Brent Scowcroft Center on International Security at the Atlantic Council. Their views are their own and do not represent the United States Government or any of its departments. Photo credit: US Army.